Electric Car Covers Over 1,000 Km on a Single Charge, Probably Takes a Year to Charge

The civic group Japan EV Club is probably the only group of its kind, because it has taken to shattering its own records. Last month, the electric vehicle enthusiasts drove an electric version of the Daihatsu Mira for 345 mi on a single charge. One month later, the group nearly doubles their record, driving 623 miles using the same car model (I’m not sure if it’s the exact same car though). 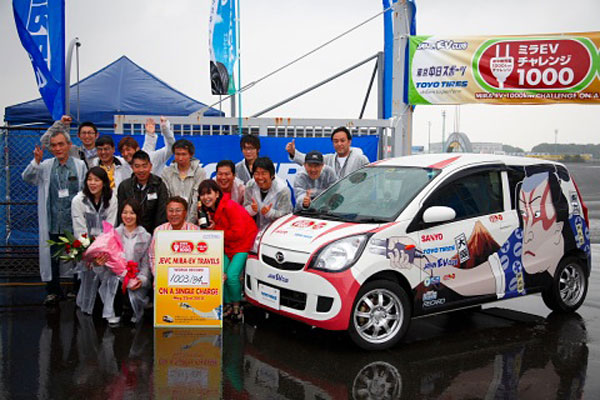 17 members of the Japan EV Club took turns in driving the modified Mira, for a total of 27 and a half environmentally-friendly hours, going at an average of 40 km/h (approx. 25 mi/h). Seriously though: how long does it take to fully charge that car?!

[via CrunchGear via Coolest Gadgets]