I’m always amazed at what some people can do with LEGO building blocks. This is definitely impressive. It’s a LEGO Mindstorms robot that can walk like a human. 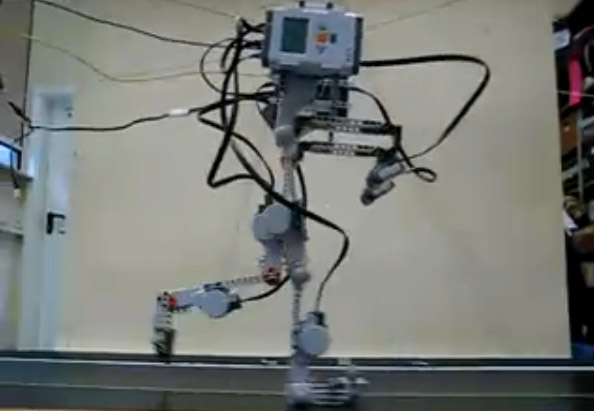 The robot is called Pinocchio and the aim of the project is to kinematically imitate a human walking.

I know for a fact that walking like a human is really hard to emulate for robots, which is why this LEGO ‘bot is doubly impressive. Pinocchio was created as part of a project in the Department of Biomechanics at FSU Jena.

From the looks of this, it won’t be long before they could build a fully functional Terminator. Combine this with the Makerbot that can make more Makerbots, and we’re in a world of hurt.