Kondo Turtle Robot Crawls Its Way Into Our Hearts

While the robots that have found their way from Japan’s Kondo are of the humanoid, bipedal kind, they decided to go off the board this time, offering up a four-legged turtle-bot. 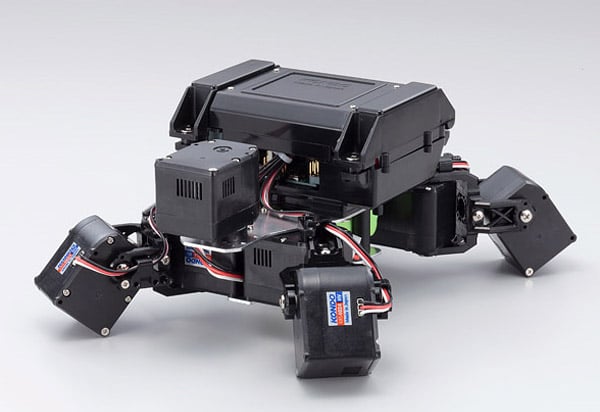 The Kame Robotto is the first robot in Kondo’s animal robot series, and he’s a cute little bugger. A set of nine servos power along the mechanical reptile, who manages to scurry along much faster than most real turtles I know.