R2-D2 Gets a Parking Ticket From an Astronaut

This great painting is by Scott Listfield. Scott has got quite a few paintings featuring these lonely astronauts in them. The whole concept reminds me of 2001: Space Odyssey. Except for the R2-D2 part – that reminds me of Star Wars. 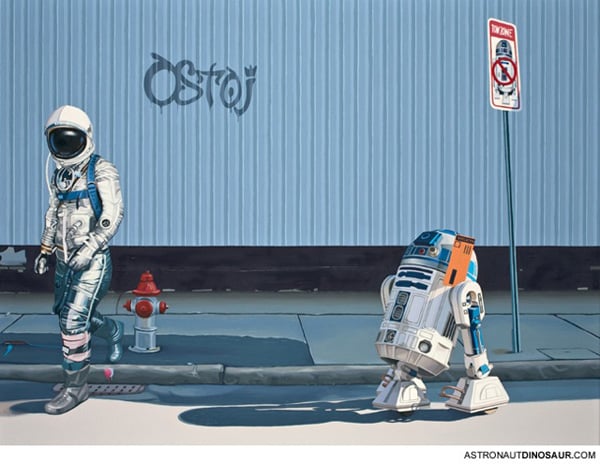 The lonely astronaut is a sort of leitmotiv that comes up frequently in science-fiction. I remember it being used in Alastair Reynolds‘ Revelation Space series. The Captain of the Nostalgia For Infinity manifests himself as a lonely astronaut. The lonely astronaut concept isn’t new, but Scott has definitely put a unique spin on the theme in his paintings, including this one featuring HAL9000. 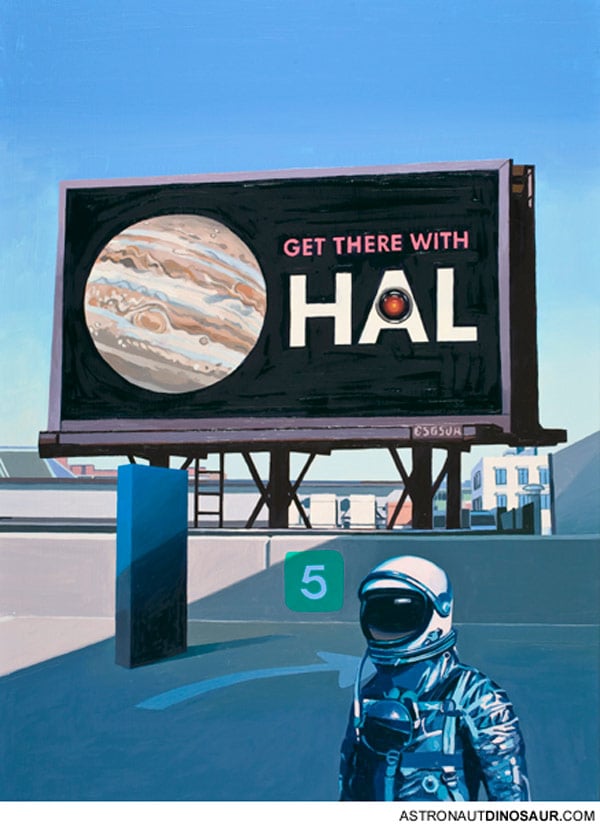 You can buy originals or prints from Scott via his website. My personal faves include The Parking Ticket with R2D2, 7-Eleven, and a few others.
[via Laughing Squid]