Perfect for downloading copies of the Master Control Program from your PC, these TRON-inspired lightcycles are the latest in the barrage of TRON licensed goodies to hit in anticipation of TRON:Legacy’s impending release. 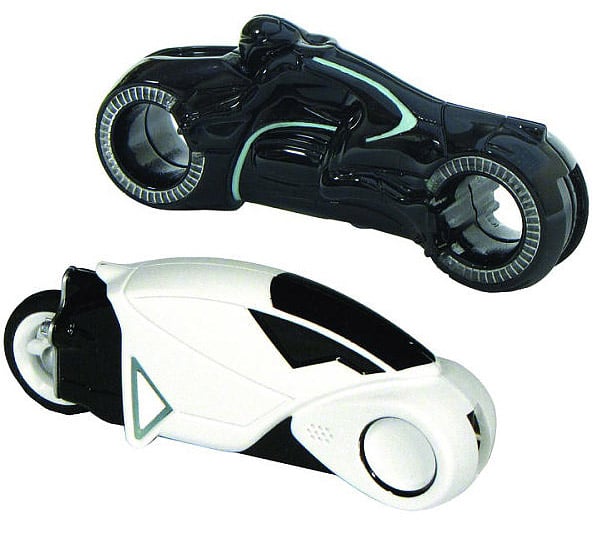 These TRON USB drives come in either black (Sam Flynn) or white (Kevin Flynn) versions, and are supposed offer a “flashing light-up wheel base.” It’s hard to tell from the pictures which part is supposed to light up, and where the USB connector is. Presumably they’re supposed to look something like conceptual rendering from earlier this year… 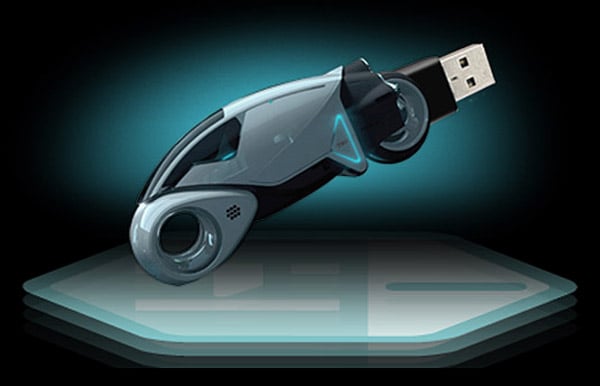 Frankly, these things look more like a salt and pepper shakers to me than flash drives. Whoops, better not give the Disney merchandising guys another idea! You can grab the 4GB (black) model for about $17 (USD) and the 8GB (white) model for about$30 over on Amazon. Grab ’em quick, before the MCP shuts off security access to your computer.