Uncharted 3 Amps up its Animation Prowess

When I played Uncharted 2, I thought it was probably the best cinematic gaming experience I ever had. The seamless transitions between scenes that would normally be dull, scripted cut-scenes and actual gaming action was truly innovative and immersive. So how do the guys at Naughty Dog think they can improve things in the upcoming Uncharted 3: Drakes Deception? 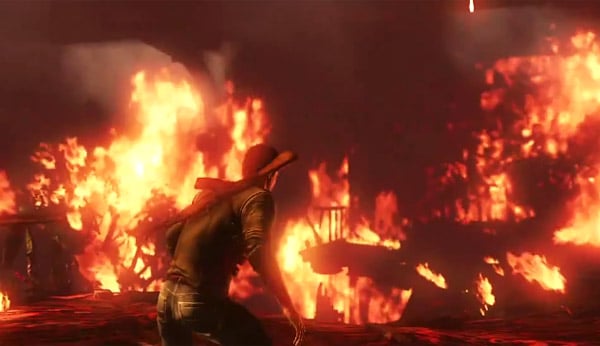 According to the developers, they’ve fine-tuned the character animations to much more accurately react to context. Instead of just having a set of generic animations for the main characters, they’ll have nuanced variants for each scenario they encounter. So for instancei, if Drake steps on fire, he stomps his foot to put put it out. Or if he’s walking towards an open flame, he shields himself from the heat and light. Different levels and scenes will have different contextual animations. It’s all very subtle stuff, but if you watch the example in the demo footage below, you can see the improvements if you’ve got a good eye.

Sure, it doesn’t seem like an earth-shattering innovation, but it’s this type of attention to detail that makes the difference between a good game and a great one. Plus, it’s just great to see a little bit of the game play footage any time I can get it. I for one am really looking forward to playing Uncharted 3 when it hits stores next November.