I think one of the coolest gadgets that has ever launched to go along with the iPhone is the AR.Drone flying machine. That thing is really cool, but so expensive that I will never buy one. If you like the idea of controlling a RC vehicle with your iPhone or iPad, DeskPets has a cool toy for you. 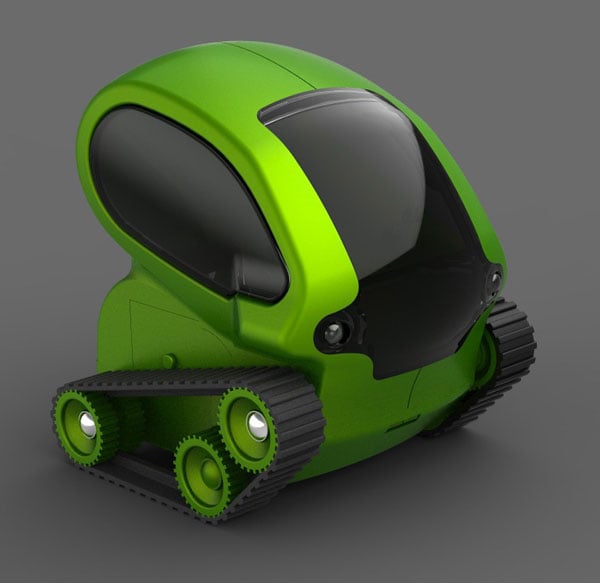 DeskPets is the company behind those cool Skitterbots I talked about before. The new iPhone-controlled toy is a tank called the TankBot. You can steer the bot by tilting your iPhone. TankBot also has sensors that allow him to navigate obstacles on his own and it can respond to hand movements too.

Selling for about $20 (USD), this toy isn’t crazy expensive like the AR.Drone either. DeskPets will show the new toy off for the first time at the New York Toy Fair in February. It will come in black, blue, green, and orange colors and in multiple frequencies to allow several to play at once. The TankBot lands this Summer in stores around the country.