The Empire’s Imperial Walkers were always awesome, there’s no denying it. Thankfully, I’m not the only one who thinks so. But designer Steven Anderson has come up with a few different designs to make them look a bit cooler as they stomp. That drab, gray paint job didn’t really do them justice on the icy white backdrop of Hoth. 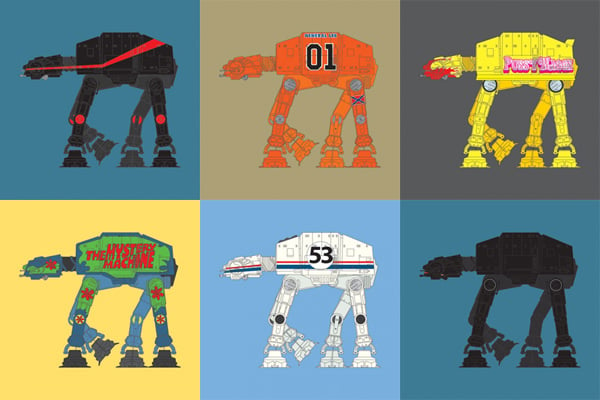 These designs were inspired by memorable modes of transport from TV, movies, and video games. 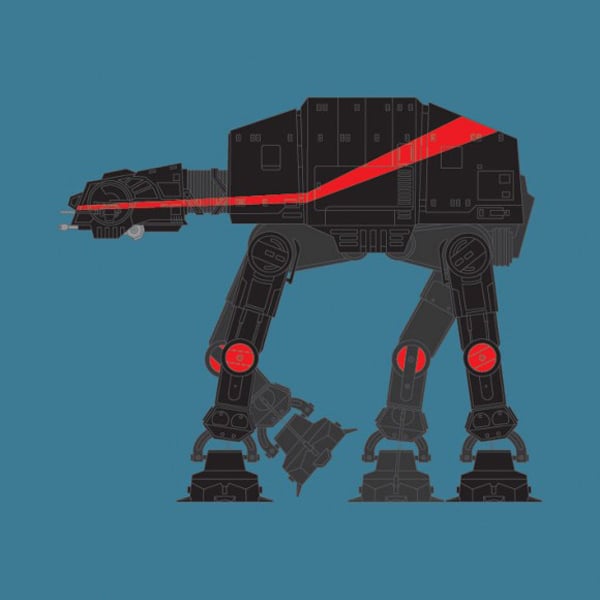 I think they look really cool and they are a new way at looking at the AT-ATs. Which ones are your favorites? I like the A-Team one and the General Lee model. 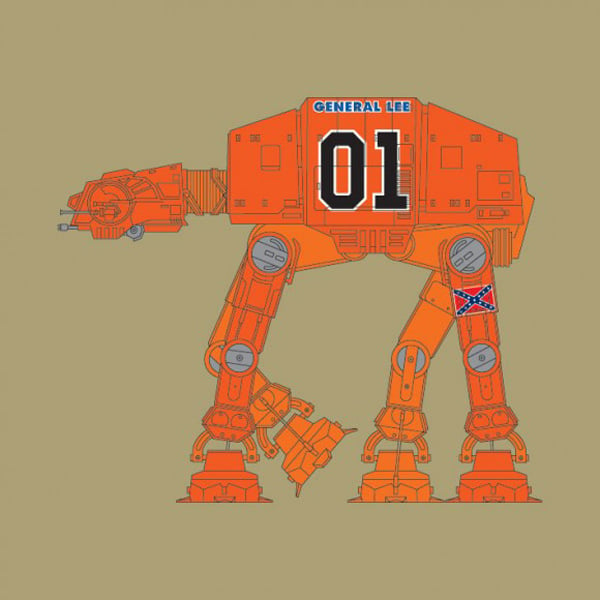 A few of the designs are available as t-shirts or stickers over at Red Bubble.