The AK-47 has been around for a long time and is one of the most widely used weapons in the world when it comes to fighting wars. This unusual version of the AK-47 was posted on DeviantArt by artist shanti1971 and is called The End of the Revolution. 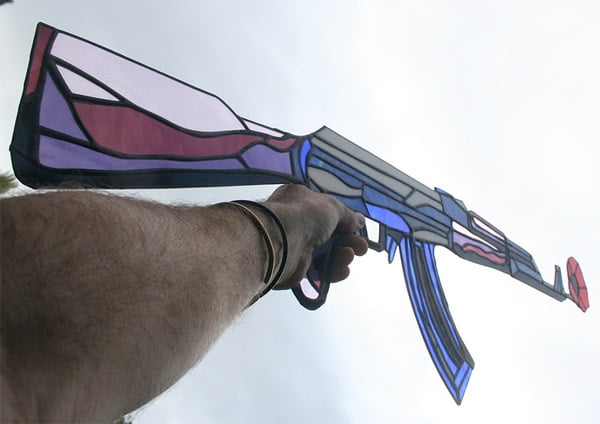 It is cool with the AK made from shards of pink, red, and purple glass. That blob on the end of the rifle is supposed to be a red poppy slower to symbolize remembrance of for the people that died in wars around the world.

I like the project; it’s an interesting piece that looks really cool. There are some contradictions here; stained glass always reminds me of church and peace while the design is a weapon often used in war. It’s cool no matter what you see in the art.

Plus, unlike a real AK-47, the worst harm you could do with this gun is drop it and cut yourself with the glass shards.