Released in 1977, the Atari 2600 aka VCS (Video Computer System) is a pioneering piece of technology. Although it was not the first to have game code separate from the console (as opposed to a piece of hardware that was stuck with pre-installed games) it was the one that popularized that setup, which as we all know is still in use today. That’s why I think Atari founder Nolan Bushnell and his colleagues all deserve to have one of these: 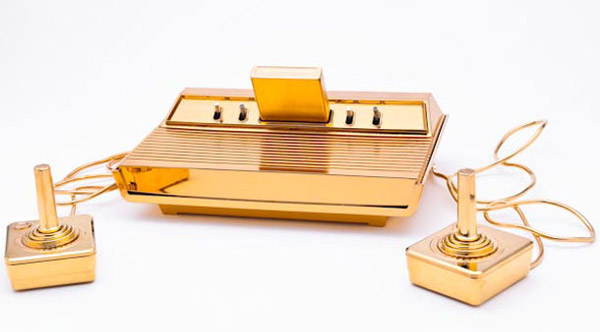 Yep, that is indeed an Atari 2600 with 24k gold plating. The godfather of gaming looks good in gold doesn’t it? Let’s take a closer look at the golden joystick: 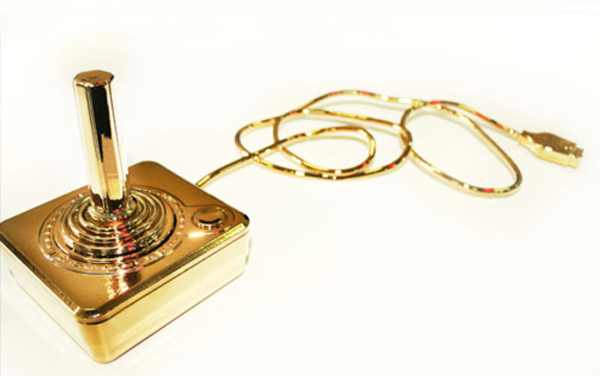 I wonder if its still functional. The casemod was made by Urchin Associates (scroll to the bottom of the page to see the post) back in 2009 as part of a project called “Gold Mine, All Mine”.