If you’re looking for an easy way to stream music to your stereo, you might want to check out the playGo. The 4″ x 4″ x 1″ box looks like a nice little device, but the $450 price tag is definitely a turn-off. Other than that, the playGo looks like it will stream audio pretty efficiently if you don’t mind the cost. 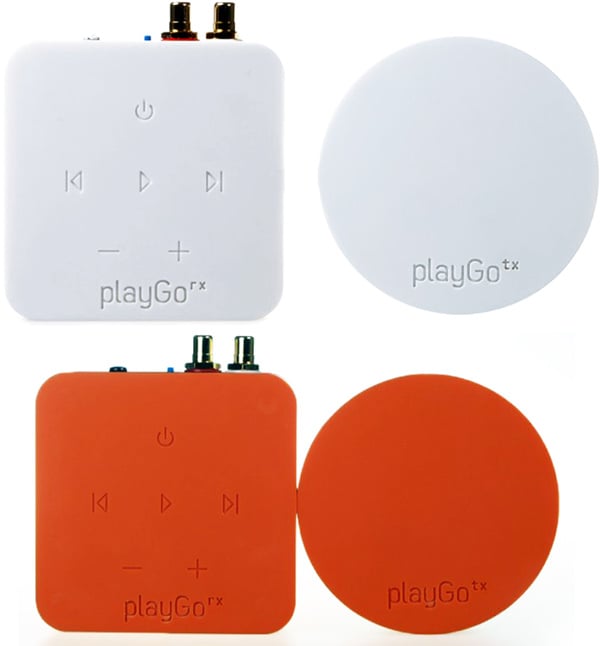 The playGo USB kit allows you to stream audio from your PC or Mac to any stereo within 75 feet. It’s pretty sleek and minimal, and it’s not cheaply made. The device comes in two parts and connects to your computer via a microUSB connector. Under the hood, it does have some audiophile grade features, including a Burr-brown sample converter, and 24-bit/96kHz digital or analog output. There’s also a 192kHz digital option. 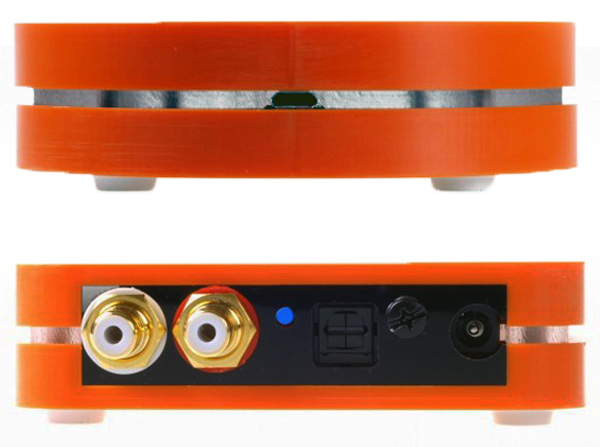 The receiver can work up to 75 feet away from be base station and uses either RCA cables or an optical cable to connect to your audio device. Plus, you can pair up to four playGo receivers with a single transmitter. You’ll also notice that receiver has got playback controls on top of it so you can change tracks or volume if you don’t have your remote handy. And yes, it does have an IR receiver so you can use your universal remote with it.

The playGo was designed by Bicom and is milled from a solid block of DuPont Corian material – the same stuff many kitchen and bathroom countertops are made from. It comes in white or orange and sells for $449.99 (USD).