Revo K2 Speaker/Dock Looks Like a Skyscraper for Ants

Revo has just released information about their K2, and no it’s not a real skyscraper, but it certainly looks like a distinctive speaker and dock combination for your iDevices and smartphones. It’s a “towering column of aluminum and molded rubber,” and given its substantial footprint, should give other docks a run for their money. 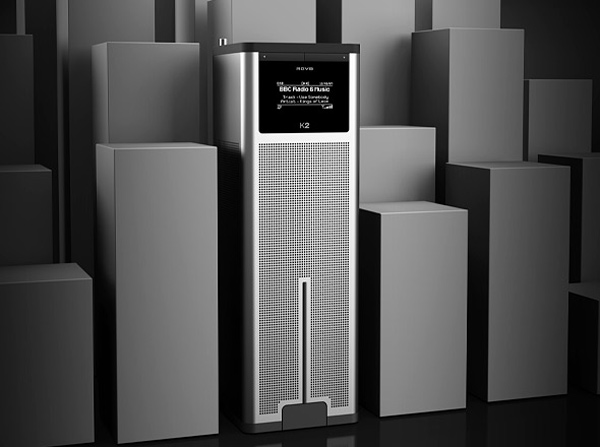 The K2 will play a variety of different radio formats, and it’s compatible with almost all iDevices. In addition to FM and the European DAB and DAB+ formats, it can wirelessly stream Internet radio, Last.fm and music files from PCs and Macs. The column outputs 40W of sound, powered by dual class-D amps, and disperses audio in 360 degrees. It also comes with a “secret-until-lit” OLED display, motorized iOS device dock, and an array of different connection options. It’s made out of glass, aluminum, and soft plastics as well as rubber. 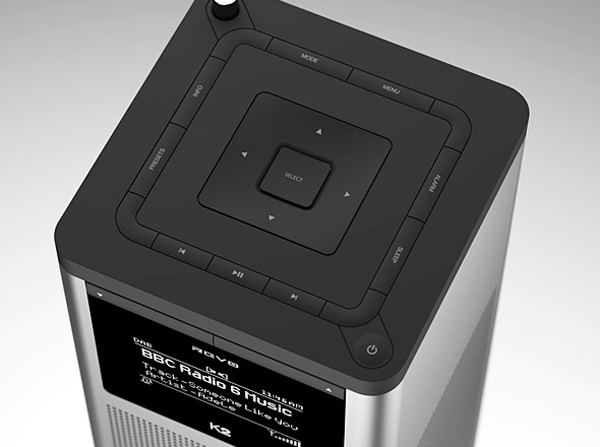 When it’s released, you’ll be able to download a free app called RadioControl, which will allow your phone to act as a full-blown remote control for the device. The whole package will be released October 17th, but get ready for the bad news, because it will cost you £299.95 (~$488 USD). That’s Bowers & Wilkins Zeppelin territory. 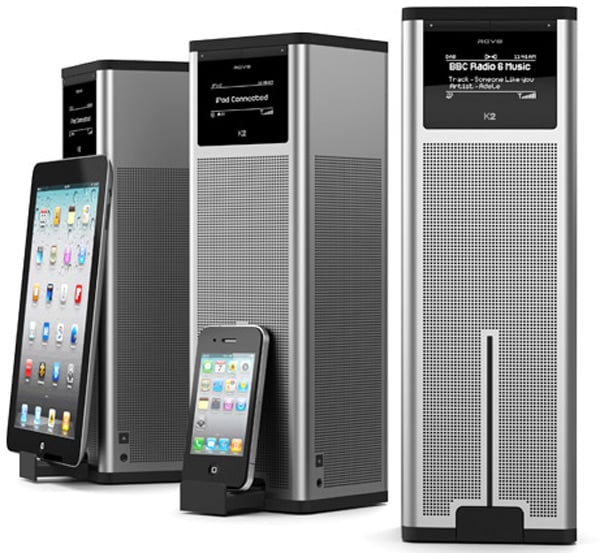