I’ve heard of cardboard being used for a variety of purposes, but this is the first radio that I’ve seen that made out of it. This radio is appropriately named the Cardboard Radio. 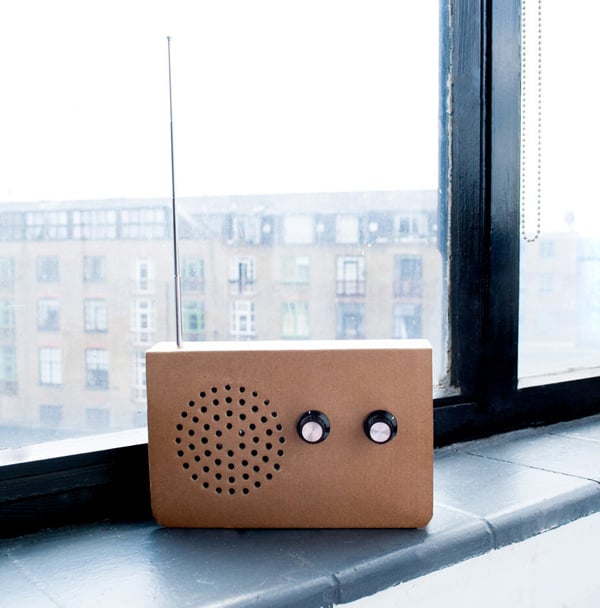 It was designed by Christopher McNicholl for SUCK UK. The internals of the radio are housed in a simple cardboard structure, which can easily be recycled at the end of the product’s life. The device itself is also pretty minimal, which is somewhat appealing from a design standpoint. It’s powered by 4 AA batteries or DC power (power adapter not included). It comes with two nice retro dials and an audio jack to allow you to play some tunes off your media player or smartphone. 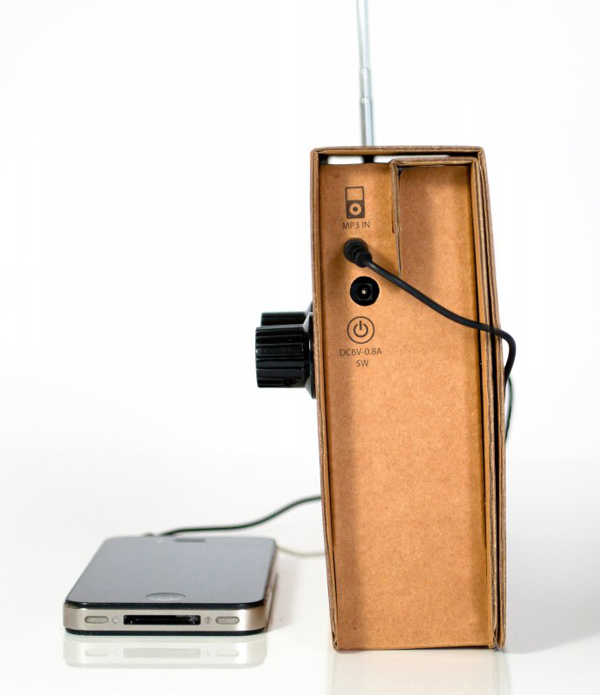