We don’t get a real winter here in Texas, it rarely snows. If it does snow, it only lasts a few days. In colder climates, like Technabob HQ in Chicago, you guys can spend the winter having snowball fights and digging your car out. If you want an edge in those Winter snowball fights, this is the weapon for you. 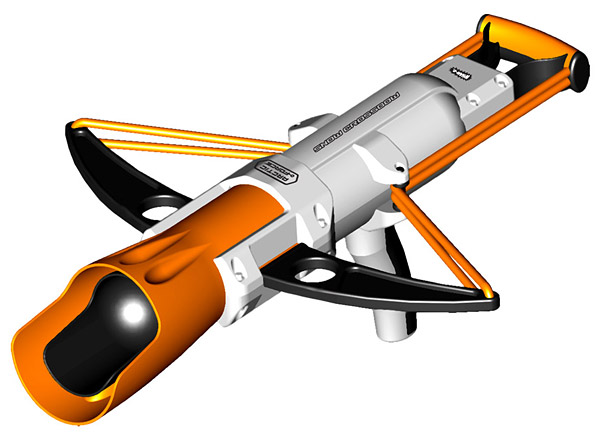 It’s called the Crossbow Snow Launcher, and it can shoot a snowball up to 60 feet away. It comes with a snowball press to make up to three snow spheres just the right size for firing. It appears to use some sort of rubber or elastic straps to hurl the snowball towards your victim.

The photo here is actually only a rendering. I would love to see a video of this in action. The Crossbow Snow Launcher is offered by The Sharper Image and sells for $39.99 (USD).