If you haven’t already bought one of the million and one other iPhone/iPod docking stereos out there, you might want to check out this one. iHome’s  iP4 stereo looks just like a classic boombox, but with an iOS dock in place of a cassette player. 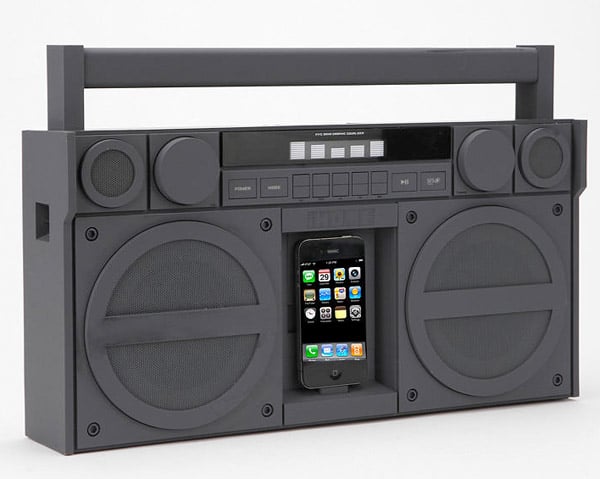 While this isn’t the first time I’ve seen a dock inspired by a ghetto blaster, I prefer the contemporary design of iHome’s boombox. While it mimics the lines of the classic luggable stereo, it boils them down to their bare essentials, creating a stereo that would look great in any moden decor. 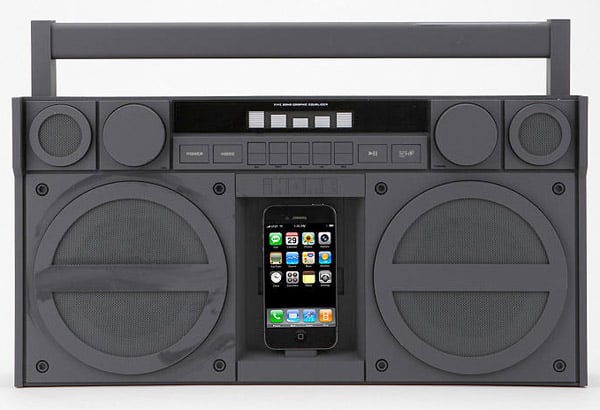 Beyond its looks, the iP4 has a pair of 4″ carbon-composite woofers, and two 1″ ferro-fluid cooled tweeters, powered by a class D amp. It’s also got a 5-band graphic equalizer with an LCD screen, and an FM radio too. It also comes with a handy remote control, which magnetically attaches to the top of the boombox so you don’t lose it. True to its boombox roots, it’ll run on 6 “D” batteries if you prefer to travel fully cordless.

While I personally prefer the basic black/grey look of the standard version of the iP4, if you prefer something a bit more garish, you can also get it in hot pink. And when I say hot, I mean it. 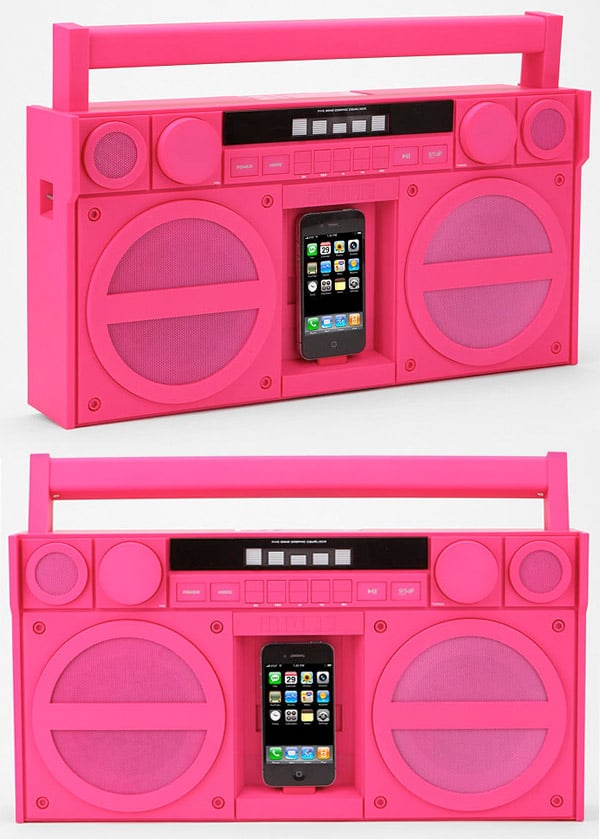 I think if you had been walking around the streets of Harlem with one of these on your shoulders back in the 1980s, you probably would have been shot, then beaten with your pink boombox. But it’s a new millennium now, so you could give it a try now if you want. Or better yet, you might just want to keep the pink one in a teen girl’s bedroom instead.

So if you’re ready to put some boom into your dock, you can get your hands on the iHome iP4 boombox over at Urban Outfitters for $199 (USD).