Think you’ve got a bad-ass remote-control car? Well despite being painted pink, this three-wheeled R/C monster looks like it could eat most cheap plastic cars for lunch. 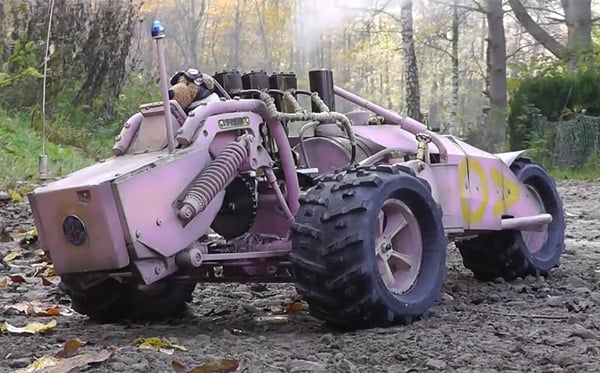 As its name might tell you, the Steam Trike doesn’t run on electricity or gas. Nope, it runs on good, old-fashioned steam. It’s got a pair of large boilers, and rides along on a metal frame and large off-road wheels, and a spring suspension system. This 19 pound bad boy was made by a guy going by the name prallplatte (which translates to “full plate”), in his “Secret Ural Russian Laboratorys(sic),” whatever that means, especially since his name is German. Check it out in action in the video below:

I just love the sound of the motor and watching all those pistons and mechanical components in action. I also love how the driver is a teddy bear – with goggles on. But don’t you go thinking he’s all cute and cuddly. He might just burn you with a scalding hot blast of steam.

And in case you’re wondering why it’s pink, the color scheme of prallplatte’s vehicles are inspired by the SAS Pink Panther, including this hammer-wielding beast: 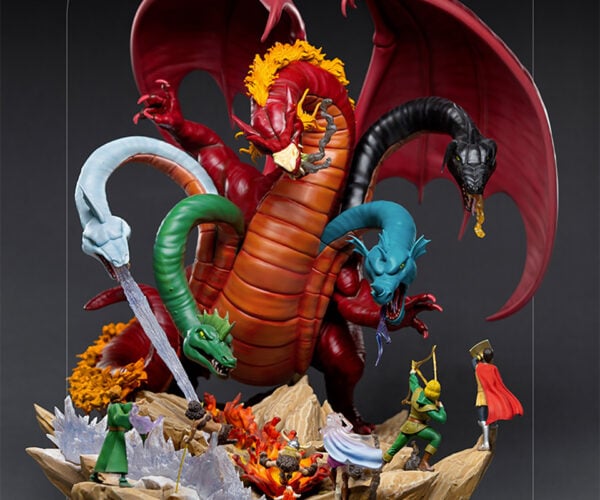