South Korea is set to test some new robot prison guards in their jails by as early as next year. The idea is to free up some of the human guards for other duties. The question is, how long will these robo-guards last before they get shived in the circuits or turned into license plates by the inmates. 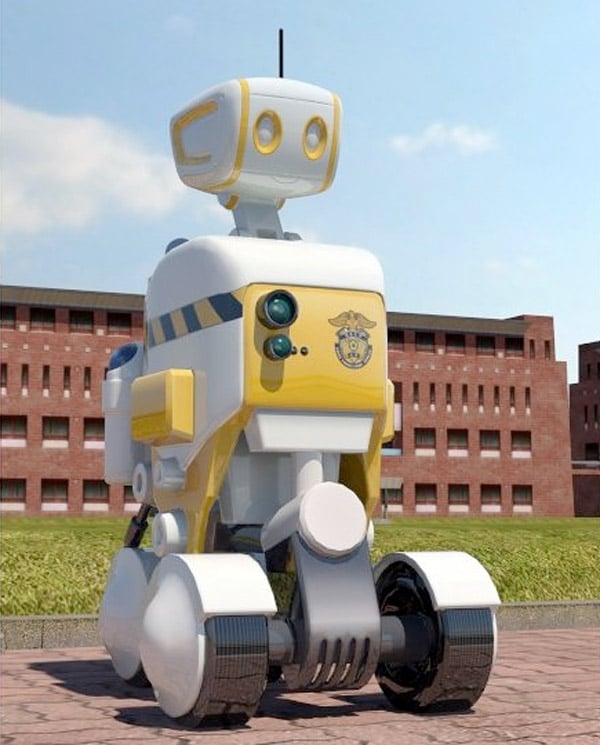 The ‘bot as conceptualized in the above image won’t toy with a nightstick as it patrols the corridors at night, but it will function as surveillance, sending video back to a central base. It will be on the lookout for the usual trouble: suicide attempts, fights, etc.

Using a speaker and microphone, those in charge can talk to prisoners through the robots and they can have a conversation. Each ‘bot will stand about 5 feet tall and will weigh between 70 to 80 kilograms. It’s a cheerful looking guard bot. Too cheerful for prison. I think they will be trashed very quickly.