With The Dark Knight Rises coming out next Spring, I’ve got Batman on the brain. So I was pretty stoked when I saw this cool creation over on Etsy. It’s Batman’s Tumbler Batmobile, made out of LEGO bricks. 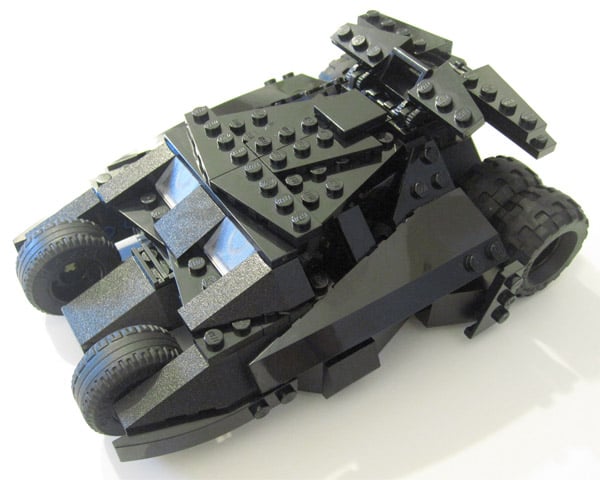 This Tumbler was created by LEGO builder ClickBrickDesigns, and looks just like the one from the movies. It measutes about 6.5″(L) x 5.5″(W) x 2.5″(H),  and is built from over 170 LEGO bricks, along with some special, hard-to-find components. 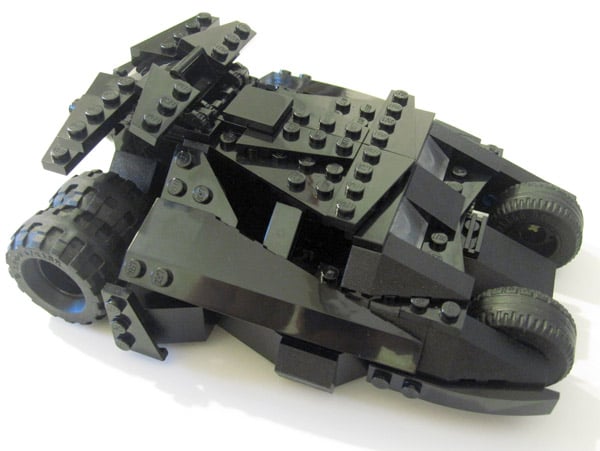 It’s really accurate, including a detailed dashboard with joysticks, movable airfoils, and room for two Minifigs inside (you’ll have to provide those – Batman isn’t included). It even has the proper tires. ClickBrick has also gone ahead and glued together some of the key locations with E-6000 adhesive (which apparently doesn’t hurt the bricks.) 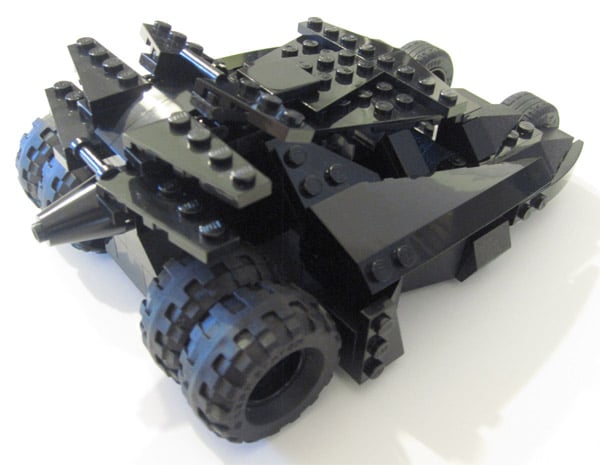 If you consider yourself a major Batfan, head on over to Etsy now and pony up your $55(USD) to secure this for your collection. 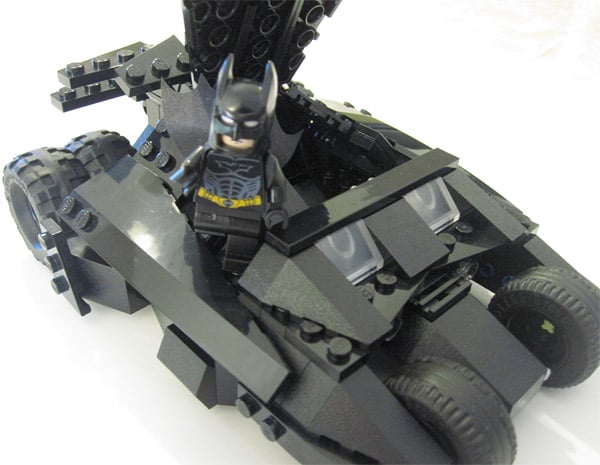 I’ve always wished that LEGO would keep selling their official Batmobile Tumbler kit, but the only kit they ever sold is now a rarity, going for hundreds of dollars on eBay and Amazon these days. Besides, I think this all-black handmade version looks cooler anyhow.