Modern Mickey Watch: Who’s the Leader of the Club That’s Made for L.E.D.?

Geeks who also happen to be fans of Mickey Mouse might enjoy telling time with this modern watch, which uses the head and ears of the famous cartoon mouse to display the time. 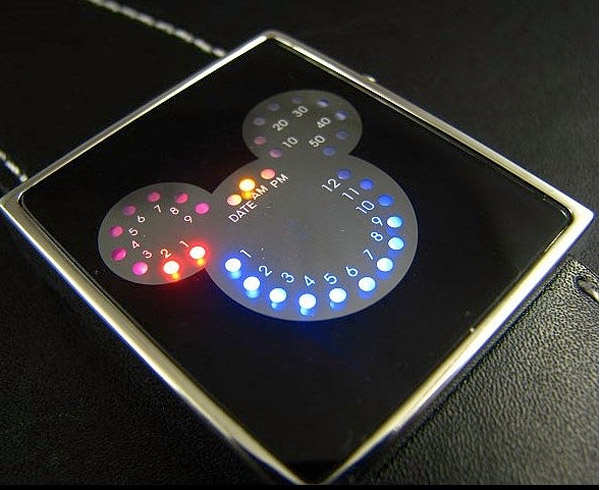 While I’m 1000% certain that this thing isn’t official Disney merchandise, it definitely captures the iconic mouse-head and conveys a strong sense of Disneyana on your wrist. It tells time using 33 LEDs arranged into three rings. Not-Mickey’s head shows the current hour, while left ear displays single minutes, the right ear displays tens of minutes. It also displays the date with a press of the button. 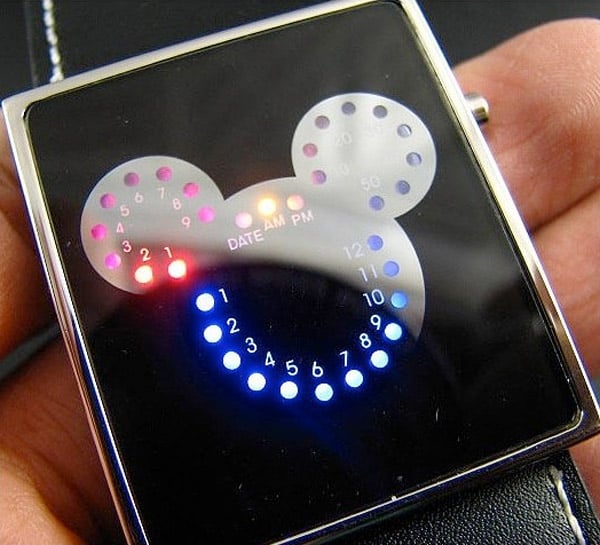 While the build quality definitely looks suspect, and Disney’s lawyers might come knocking on your door if you wear one, it’s actually not a bad looking watch. 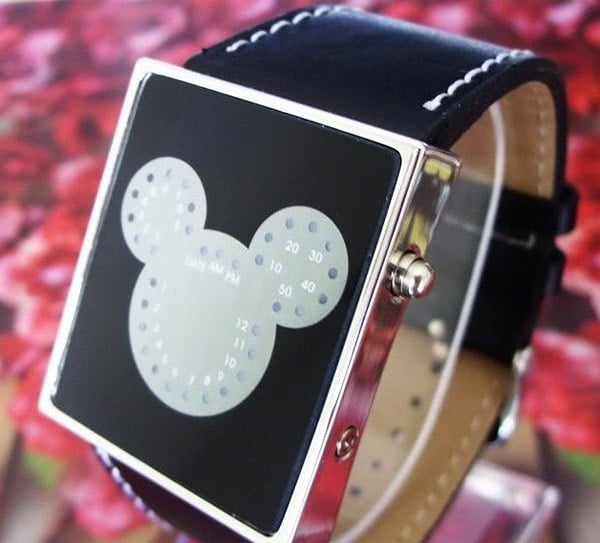 The best part of course is because it’s a cheap, unlicensed Chinese gadget is that it sells for just $7.35 (USD) over at VKAmobi, so if it sucks, you won’t feel like you flushed too much money down the drain.