Is the Millennium Falcon on the Bottom of the Baltic Sea?

The picture you see here may seem familiar to you, I know it made its rounds a while back when a company called Ocean Explorer ran across what appears to be the Millennium Falcon lying on the bottom of the Baltic Sea. The discovery is making the rounds again after another captain and crew specializing in deep-sea salvage apparently ran across the strange object. While the picture looks a lot like the Millennium Falcon, there apparently two parts on the ocean floor. 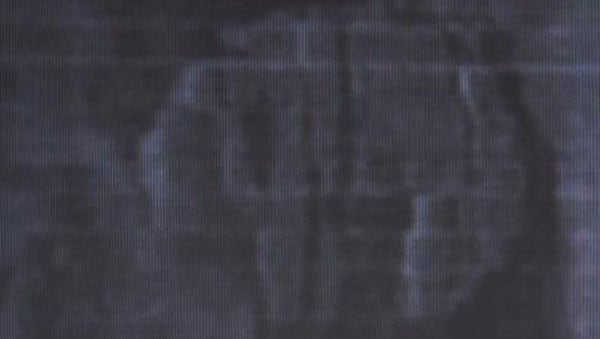 The deep-sea salvage ship discovered the site while towing a side looking sonar beneath the ship. The sonar discovered first a 400m long cylinder shaped object that was about 60m in diameter. A subsequent pass also discovered a disc-shaped object 200m away from the original discovery. The ship’s captain and crew are saying that they aren’t sure exactly what this is. Some are calling the discovery a UFO, and others are saying it’s nothing but natural occurring formations on the ocean floor.

The captain of the ship says he’s been in deep-sea salvage for many years, and has never come across anything like this. He notes that both of the objects are too large to be shipwrecks and are too large to the objects the might have fallen off ships on the surface of the Baltic. What we do know is that a casual exploration of the site is out of the question because of the costs involved. No one is willing to fund a full investigation until more details are discovered. What do you think is sitting on the bottom of the Baltic Sea? Maybe they’ve discovered Atlantis. Oh, and where’s James Cameron when you need him?