If you live in a tough neighborhood – or perhaps one overrun with zombies – you might want to carry something to defend yourself with. While you could go with some brass knuckles, or maybe even some electrified ones, the iKnucks seem like a much more practical idea for today’s gadget-obsessed consumers. 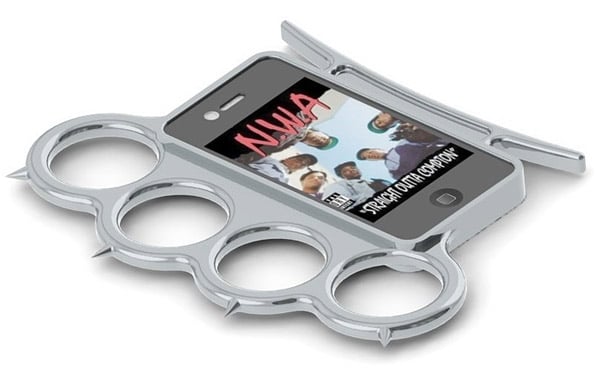 A picture really does say a thousand words with the iKnucks, which doubles as both a case for your iPhone and a set of nasty brass knuckles. Actually, they look more stainless steel than brass from the picture, but that’s just a rendering. They even have spikes on the finger holes to really help dole out some damage.

There aren’t really any other details about the iKnucks, other than the fact that they’ve been posted up on Thingiverse by someone named CMWallace. Many designs posted on Thingiverse can be used to generate a 3D printed version, but it looks like we’ve only got some renderings at this point. Still, I wouldn’t be surprised if somebody tries to create a real version at some point. I certainly wouldn’t want to get into a scuffle with someone on their iKnucks outfitted iPhone, would you?