Photographic Moon Globe is out of This World

For just under $100, you can get the “first entirely new globe of the Moon’s surface in over 40 years.” Ironically, it looks a bit like the Death Star. It’s perfect for the desk of any space geek. 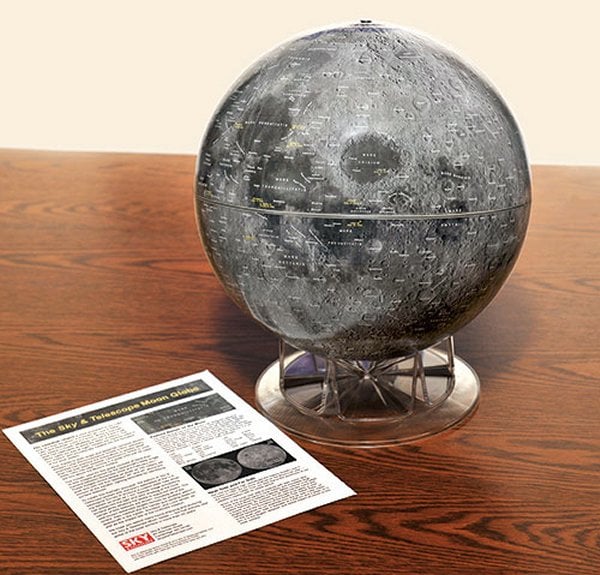 The Sky & Telescope Moon Globe is 12-inches in diameter, and has 850 labeled locations. Unlike other Moon globes, it is completely accurate since the mapping info comes from over 15,000 pictures taken by the Lunar Reconnaissance Orbiter Camera from November 2009 to February 2011. Other lesser Moon globes are created using the Air Force’s Lunar Astronautical Charts. There are no mini astronauts or rovers on it’s surface however.

For $99.95 you get both the globe and Sky & Telescope’s detailed Moon Guide. That’s a pretty good price for such an accurate Death Star, I mean Moon globe.

[via Sky and Telescope via geekosystem]