Chinese-Built Superyacht Can Be Controlled Via iPad

I guess that in the future, everyone will control everything using their tablets. With that in mind, some enterprising manufacturers in China decided to make their latest superyacht controllable via an iPad. I bet this beats your Parrot AR.Drone any day. 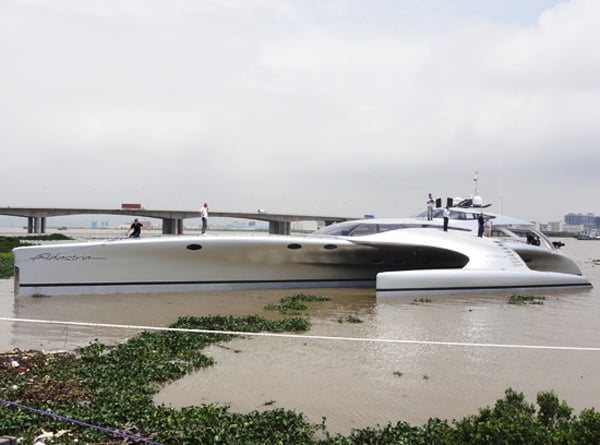 The iPad can control the yacht from a distance of 164 feet. The Adastra superyacht is 140 feet long, weighs about 47 tons and can travel 4,000 nautical miles at 17 knots. Top speed is 22.5 knots. It was designed by John Shuttleworth and looks like a cross between a spaceship and a hovercraft. It took five years and cost $15 million to build. It was constructed in China by McConaghy Boats. The Adastra fits nine guests and six crew members. 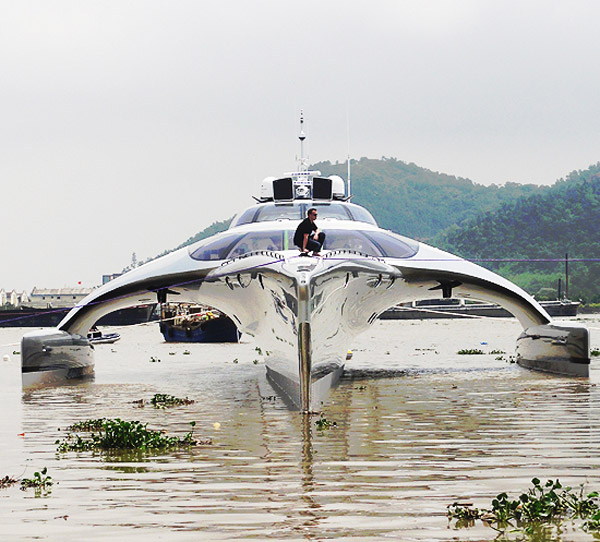 The yacht was streamlined using glass and Kevlar foam and a superstructure made up of carbon fiber with a honeycomb core. It was made for Hong Kong shipping industry billionaire Anto Marden to shuttle between Indonesian islands that he owns. 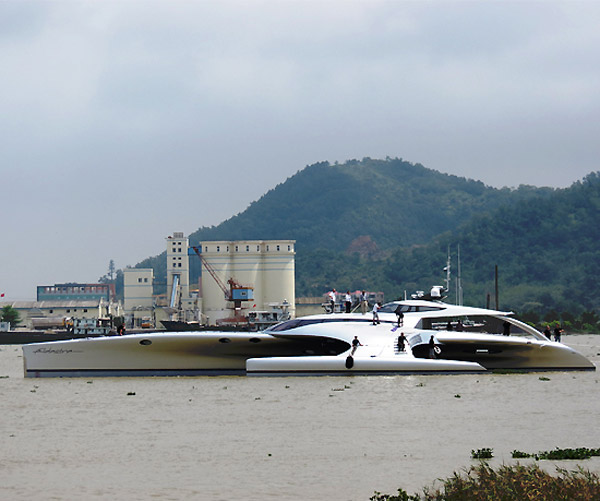 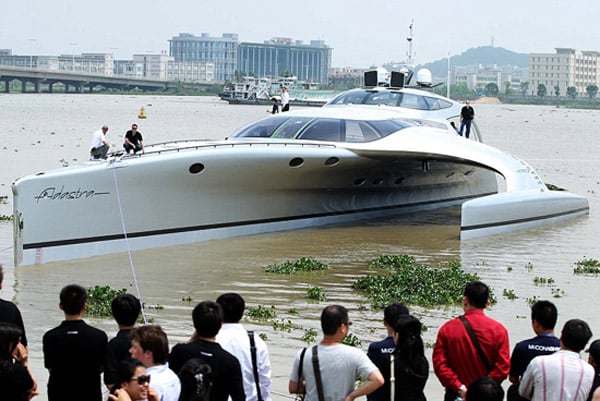 [via Daily Mail via DVice]

A $3,400 Leather Rat Bag: For The Rat Catcher Who Has Everything
Home Subscribe vis RSS Feed
« Previous
Next »