Facebook Finally Gives You a Way to Edit Comments

The one thing I’ve always hated about Facebook is that there was no way to edit comments or posts you make. You can delete the comment or post and start over, but that was far from ideal. There’s nothing worse than making an appropriately funny and snarky comment on one of your idiot friends’ Facebook profile only to realize afterwards you had a case of Evil Dead hands and typed “teh” rather than “the.” 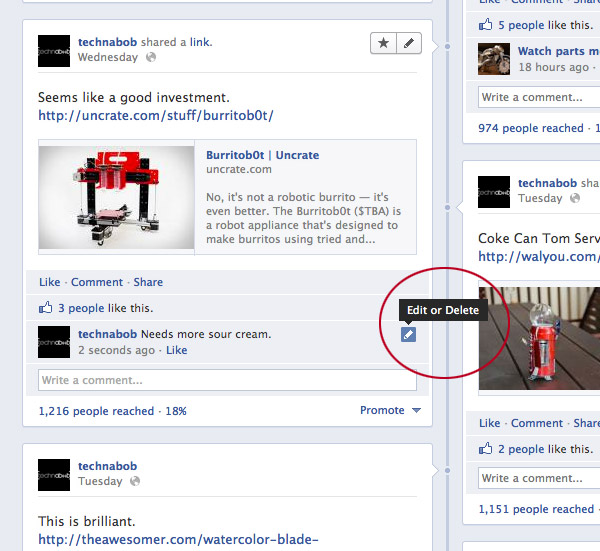 Apparently, some users have had access to an edit function in the past, but that and it was only good for about 30 seconds after you posted. Facebook has now rolled out the feature and your account may have it right now. However, it could take a while before all Facebook accounts are enabled.