Liberty DNA: The Watch Made out of Bits from the Statue of Liberty

There are watches and there are timepieces, and this has to be one of the most unique watches that I’ve every seen. This Romain Jerome watch isn’t the first watch that uses something famous in its makeup, their Iceland Volcano watch among others, but it’s definitely an interesting way to showcase your national pride. 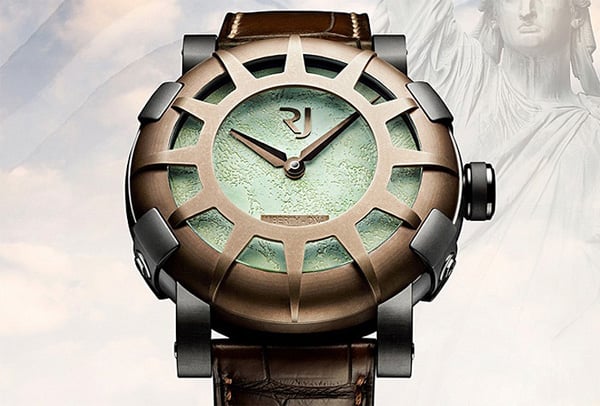 Romain Jerome has used many exotic materials in its expensive watches. They’ve used volcanic ash, metal from the Titanic, and ever dinosaur bones. The Liberty-DNA watch uses particles from the actual Statue of Liberty, making it extremely limited. The watch also uses design elements to commemorate Lady Liberty, such as the face that’s reminiscent of her 12-pointed crown.

In celebration of the 125th anniversary of the Statue of Liberty, ther are only 125 of these watches being made, and if you have to ask the price, you probably can’t afford it.