EA has announced something exciting that fans of the Command & Conquer franchise are sure to be happy about. The announcement came at Gamescom in Germany this week. It turns out that the previously announced Command & Conquer: Generals 2 has been transformed into a free-to-play video game, and will run on the Frostbite 2 engine, which powers the graphics in Battlefield 3. 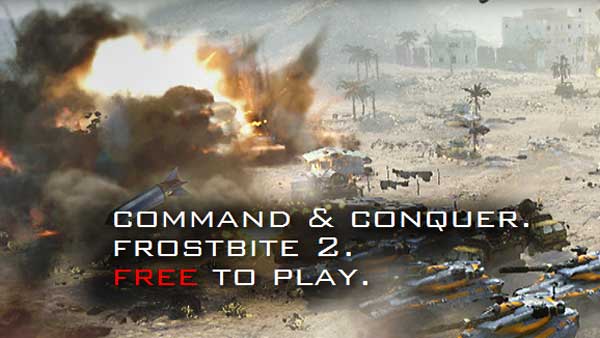 Of course as is the case with most free-to-play games, you can bet that if you want to advance, you’ll need to spend some money. Buying upgrades is how these free-to-play titles make their money. The game will allow players to play an all-out war and take control of multiple factions, compete for resources, and build up bases of operation.

Players will be able to command massive batteries of tanks, soldiers, and aircraft during battle. The game promises to offer fully destructible environments, highly detailed units, dynamic physics, and exciting visual effects. The free game will be offered for PC only sometime in 2013, and you can register for the Beta here.