Unless you’re this guy, you’ll never get your house soaring through the air no matter how many balloons you attach to it. So why don’t you be more realistic and instead show your love for Up by getting one of these themed coffee tables that were obviously inspired by the movie? 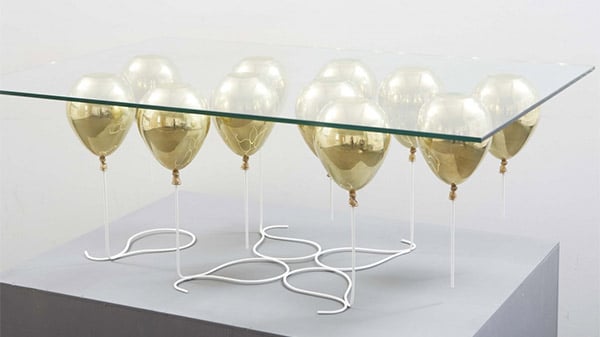 Now those are some fancy balloons.

Working with the illusion of levitation and buoyancy, the UP coffee table is a playful trompe l’oeil, giving the impression that a piece of glass is being suspended by small balloons. 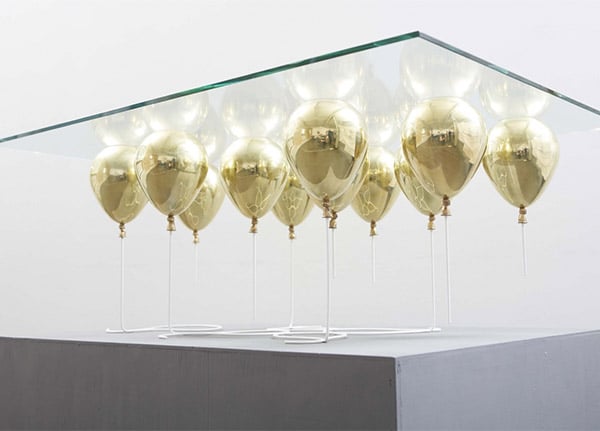 The balloons don’t actually float either – it’s just an illusion created by placing the metal-resin composite balloons on top of bent steel rods. Obviously, something this pretty doesn’t come cheap. Each of these tables are priced at £5,800, which works out to about $9,300 (USD). 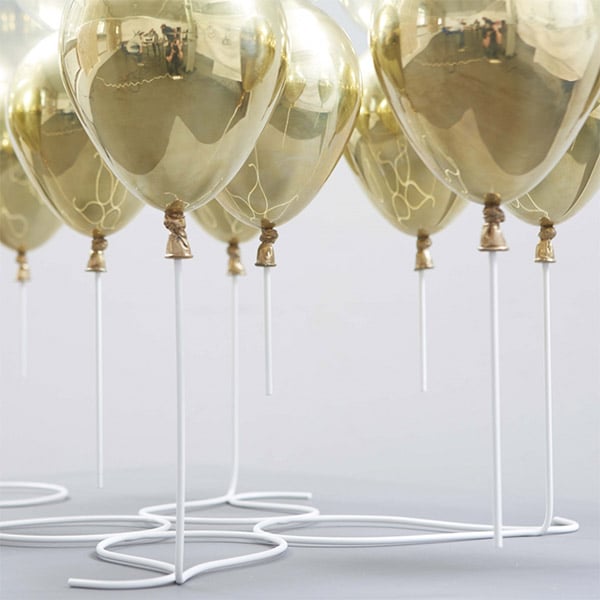 It’s also extremely limited, too, because Duffy London will only be making 20 of these to sell worldwide.

[via Bonjour Life via OhGizmo!]