Pee-Wee Herman Cycling Suit: I Know You Are, But What am I?

In Pee-Wee’s Big Adventure, the eponymous character spends most of the film on a quest to recover his beloved bicycle. But say you already have a spiffy-looking Schwinn Phantom cruiser like Pee-Wee? Don’t you need an outfit to go with it? Sure you do. 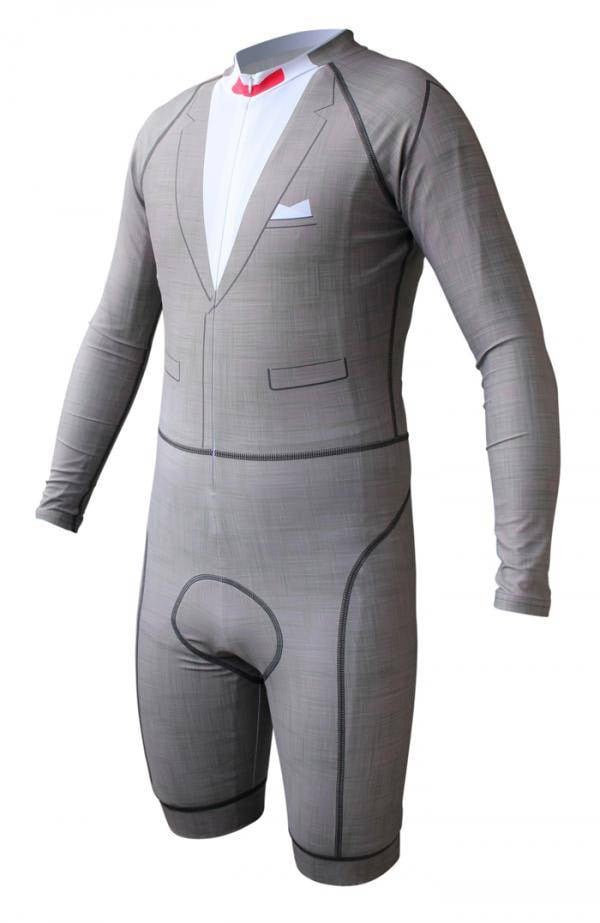 Since you probably don’t want to get your actual suit and bow tie all muddy, you might want to pick up one of these Pee-Wee Herman-inspired skinsuits from Podium for $149.99(USD). Unlike Pee-Wee’s suit, this one is made from stretchy MITI Lycra Shield endurance fabric, with a durably YKK zipper and MAB Powerband leg grippers to keep them in place as you hit top speeds on your trusty two-wheeled steed.