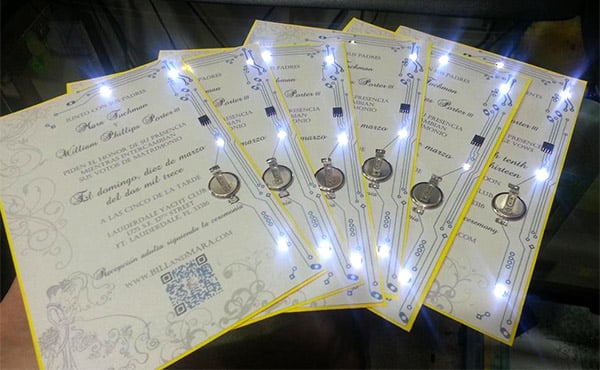 Like most couples, Bill and Mara’s main constraints were time and money, but they were able to get the job done – and by that, we mean all of 50 wedding invitations – by being resourceful and smart about it.

Each invitation had a battery and several blinking LEDs built into it which were controlled by a microcontroller. They embedded a light sensor into each invitation as well, which signaled the LEDs to light up when the invitation was opened.

The coolest part? When the light level detected by the sensor falls below a certain limit, a secret Morse code message is flashed for the guest to figure out. 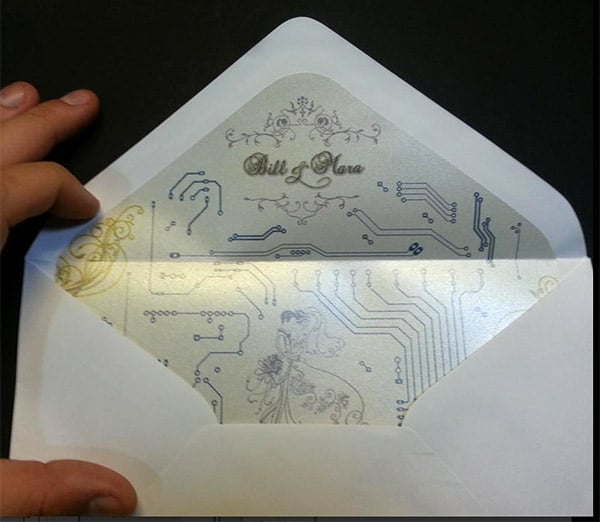 Bill detailed how the invites were conceptualized and made on his blog, which you can check out right here.

[via Hack a Day via Dvice]