These awesome little R/C tanks can be controlled with your iOS mobile devices. That means that you can have tank wars with all of your gadget-obsessed friends and family. They are modeled on real German army tanks used during Second World War, but these ones are palm-sized. 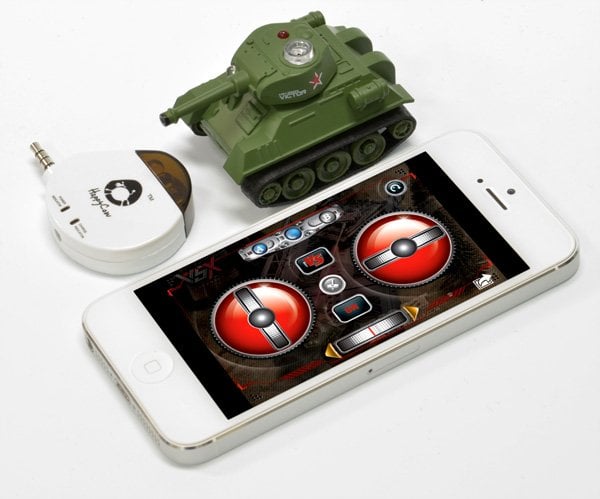 They go by the name RC Tank Combat Raj USB (Or the less exciting “model number RCCOMBAT34.”) They feature infrared sensors that you use to point your cannon at other tanks. Once you hit the enemy tank’s sensor at top of the turret four times, you win. They look like they have nice maneuverability and speed. Much better than that of a real tank. 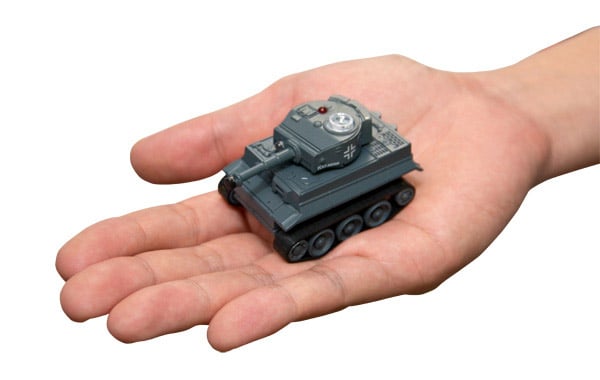 The caterpillar rubber grips on the treads make it adhere to most surfaces and able to scale elevations of up to 30 degrees. These tanks will go for about 5 minutes before they need a charge. Then you just charge via a USB connection.

These awesome little military toys are compatible with all iOS models including iPhone 5, iPhone 4/4S, iPod touch, all iPads and the iPad mini. They retail for ¥2,780 (~$30 USD) each, or ¥4,980 (~$53 USD) for a pair over at Japan’s JTT Online, and you can use a service like White Rabbit Express to import them for a small fee.