Monday, February 25 is the day that Halo 4 gamers will be able to download the latest map pack for the video game. The new map pack is called Majestic and includes three maps and a new type of game play. This is the second of three war games map packs that are planned for release. 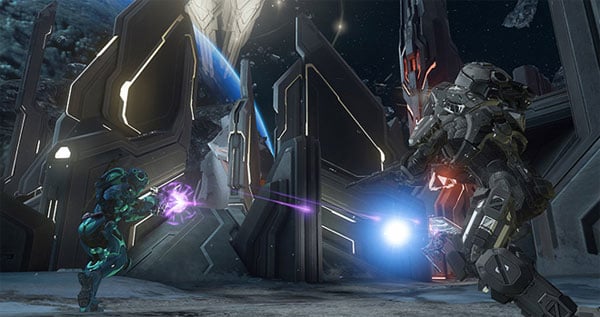 The three maps offered in the download pack include Landfall, Monolith, and Skyline. Landfall is a map set on the world of Tribute in a massive city that has been destroyed by war. Monolith is set on a Forerunner monument adrift in an asteroid belt. Skyline is set on the rooftops of new space tether construction. All of the maps are small to medium scale and are designed to encourage close-quarters combat.

The new gameplay mode included with the map pack is called Infinity Rumble and will be exclusive to this map pack for a limited time. This play type is a free-for-all where players can earn personal ordinance, awards, and style points for their kills.

The Majestic Map Pack will be available on Xbox LIVE for 800 Microsoft Points ($10 USD). Players who purchase the Halo 4 War Games Map Pass or Halo 4 Limited Edition will receive access to both the Crimson and Majestic Map Packs as well as the final map pack when it releases in April at a 15 percent savings compared to purchasing them individually.