Tony Stark has a whole lot of nifty gadgets, but how does he keep them all juiced up when his arc reactor runs out of power? With the Iron Man Armor Power Bank, that’s how! 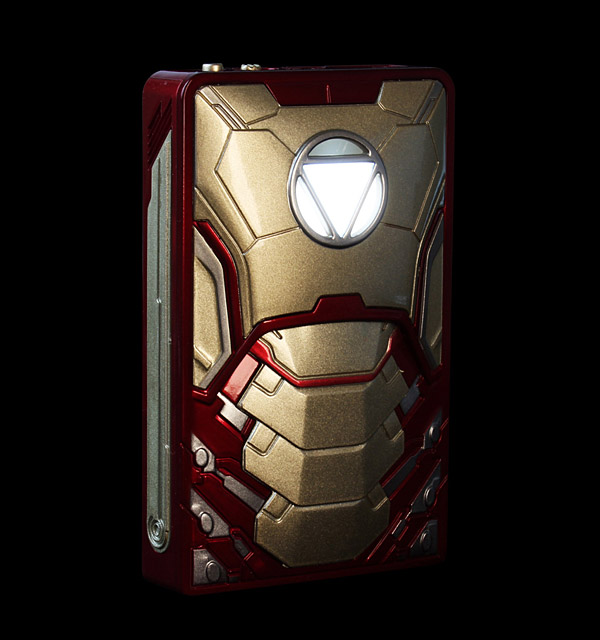 This (unofficial?) Iron Man-inspired charger holds a 4000 mAh lithium-ion battery, and can charge gadgets via its USB port. It’s decked out in Stark’s trademark red and gold armor, and even has a light-up arc reactor in the middle of its “chest.” It also makes a little “fweeeeee” sound when you power it on. They say that it has a “durable armor case,” though I don’t think you’d want to abuse this thing the way that Tony does with his suits. 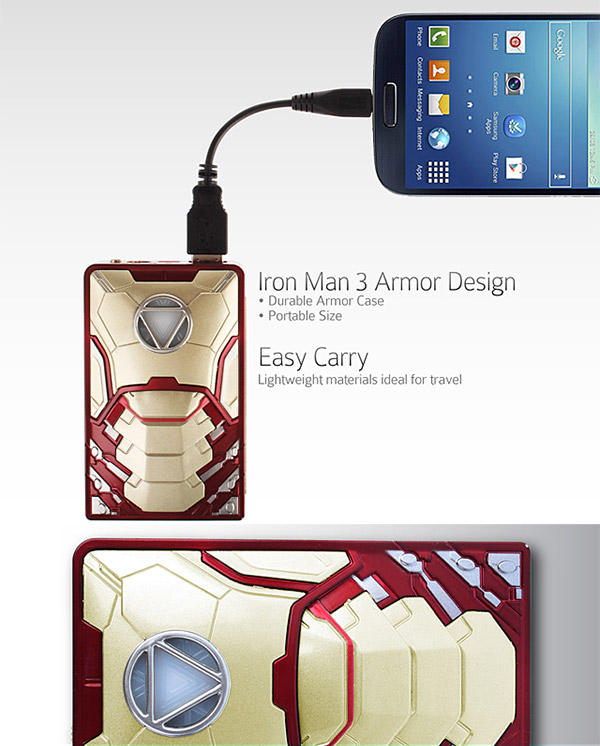 If you want one, command Jarvis to set a flight path to Brando, where they sell for $65(USD).