While many of us already have tablets like the iPad, the futuristic vision of people walking around with digital notebooks taking notes with a stylus never really came to be. With Sony’s upcoming E-Ink tablet, this could finally be a reality. 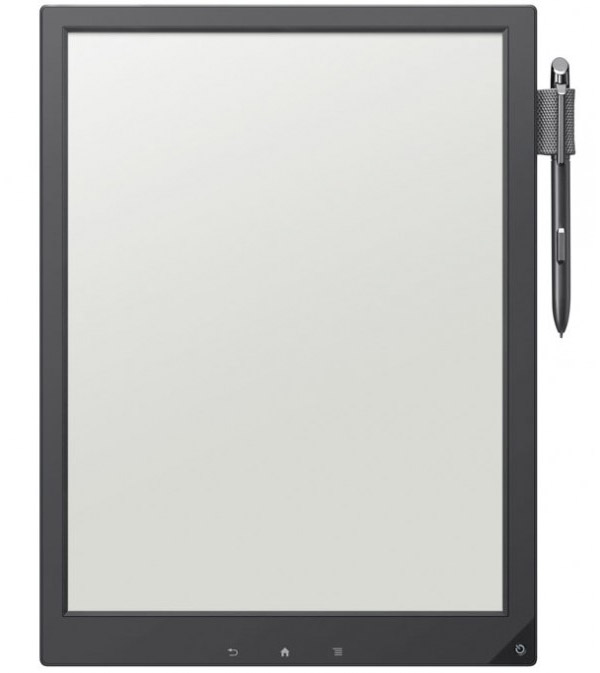 Currently being shown in prototype form, the new tablet features a large 13.3″ (A4 Size) drawing surface, and is ridiculously thin. In fact, it’s just 6.8mm thick (almost 30% thinner than a current-gen iPad). The tablet features a 1600×1200 resolution screen, using E-Ink’s new Mobius screen technology. This new tech sandwiches the electrostatic film between plastic layers instead of glass, which cuts down on thickness and weight, and makes the display material flexible. In addition, Sony says the plastic screen will be more durable than glass versions – though I have to wonder how long well it will hold up to stylus pressure over time. 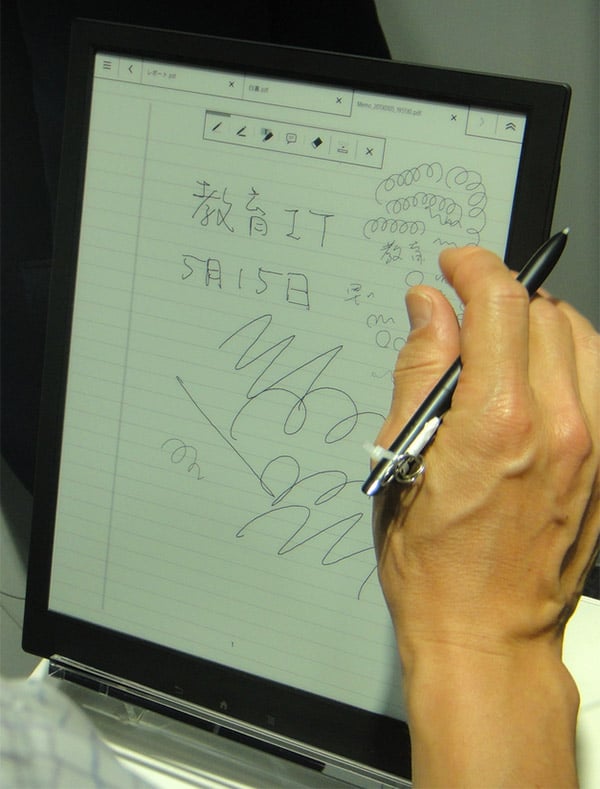 The display is designed for taking notes, data entry, and creative tasks. While the black and white display isn’t as responsive as LCD screens, it’s definitely faster than other electrostatic screens, with exceptional battery life. In fact, Sony says the tablet can go up to three weeks without a recharge. Another benefit of course is the ease of reading the screen in daylight and workplace lighting.

Sony plans on releasing a commercial version of the tablet at some point later this year.