Gundam fans, here’s a collectible you won’t want to miss. It’s a clothes hanger that conceals a model of a Gundam.

Our pal Francesco, over at Hobby Media (IT) spotted this bit of epicness over at last week’s Shizuoka Hobby Show (JP). Bandai is selling this along with a limited-edition STRICT-G t-shirt. When assembled, it forms a 1/200th scale replica of a Gundam RX 78-2 mech. But I’m not sure I’d want to ever take the parts off of the hanger. I think it looks pretty cool just the way it is. 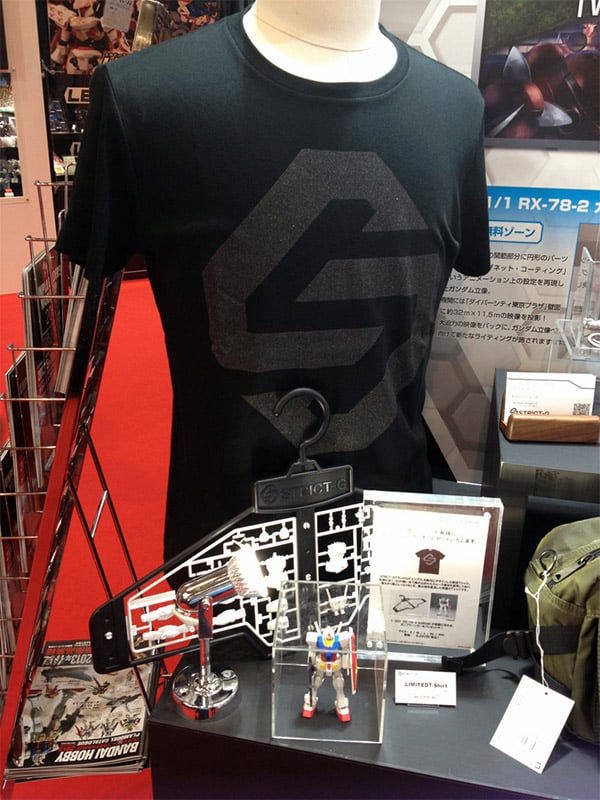 If you’re lucky enough to be anywhere near Gundam Front in Odaiba, Tokyo – you might be able to find one – and you can see Giant Gundam at the same time. And if you’re anywhere else, I found a couple for sale up on eBay (without the t-shirt.)