Portal Test Chamber Wall Lamp: Proceed at Your Own Risk

dominator24 moved to a new apartment and needed to do something about all the bare walls. They did what any geek would do, and decided to make something cool, instead of just buying another crummy IKEA fixture – a wall lamp based on the level signage from Portal’s test chambers. 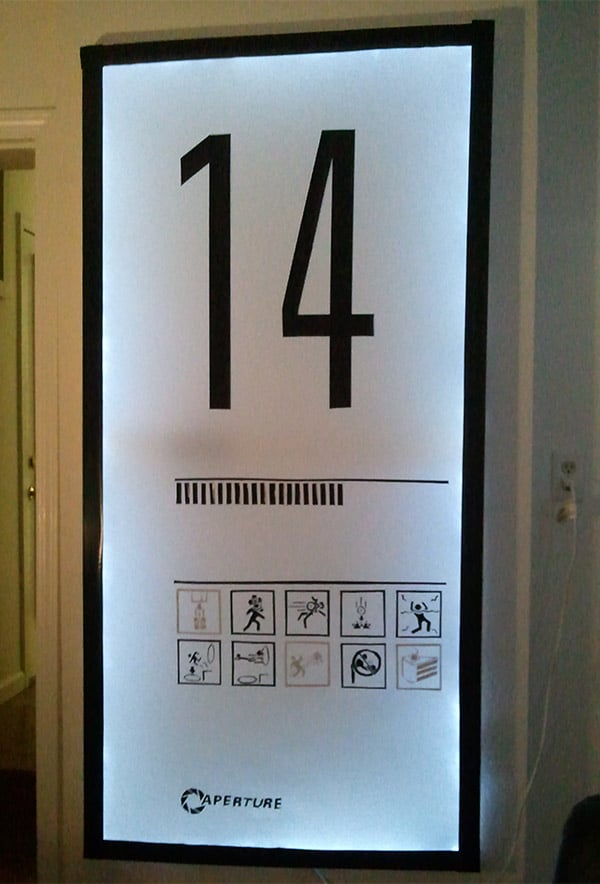 It was a simple design since it had to be able to fit in the car (due to college, dominator24 moves every three months.) It also had to be cheap. He came up with the idea of using white cloth stretched over a wooden frame with LED rope backlighting. 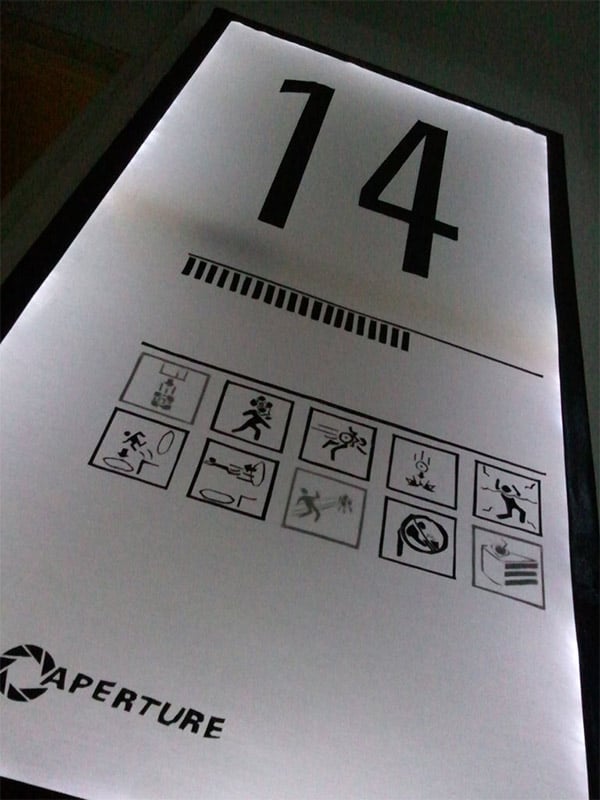 The detailed drawings are made from cut out bits of duct tape – the black ones on front of the cloth, and the grey ones taped on back.. It’s a simple and cheap way to geek up your room. If you want to try making one for yourself, head on over to Instructables for the details.