Super Sentai shows like Bioman, Fiveman and of course the American adaptation Mighty Morphin’ Power Rangers were a staple of my childhood. If you’re like me and you’ve always dreamed of assembling your own team of live-action superheroes, Chroma Squad might be the game for you. Sort of. 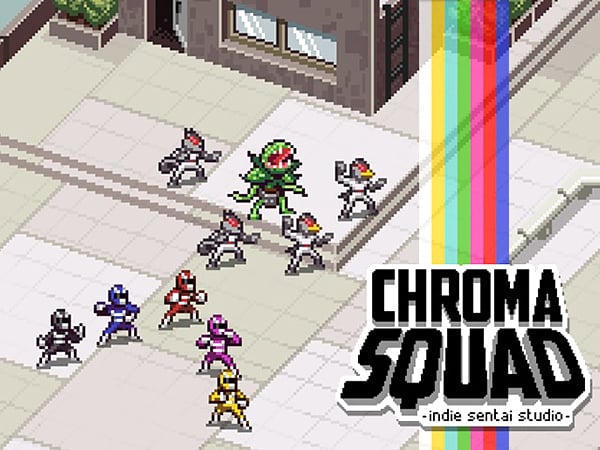 Chroma Squad is an upcoming game for Windows, Mac, Linux, iOS and Android (Sorry Windows Phone!). It’s currently being developed by Behold Studios, the developer behind Knights of Pen & Paper. If you played KoP&P, Chroma Squad’s premise and gameplay won’t surprise you: it’s a game about a group of stuntmen who decided to strike out on their own and make a TV studio. You’ll then help the stuntmen buy props, shoot TV episodes – including the neverending battles – and influence the show’s storyline, all to achieve your ultimate goal: to attract audiences.

Put your costume on, swing your arms wildly in the air while nodding vigorously then finally punch the air and summon your MegaBrowserZord. Pledge at least $15 (USD) on Kickstarter to earn a desktop version of Chroma Squad as a reward.