A few months back, I outfitted my man-cave/media room with Philips Hue LED light bulbs in all of my recessed ceiling fixtures. This has given me the ability to set different moods in the room, and even automatically dim the lights to a warm, theater-like quality when I want to go watch a movie. However, up until now, the Hue ecosystem was pretty much limited to reflector bulbs. Recently, Philips released their first “Friends of Hue” products, which include the Hue Lightstrips and the now-Hue compatible Bloom lamp. Philips was kind enough to put both of these in my hands so I could see how well they worked alongside my other Hue lights. 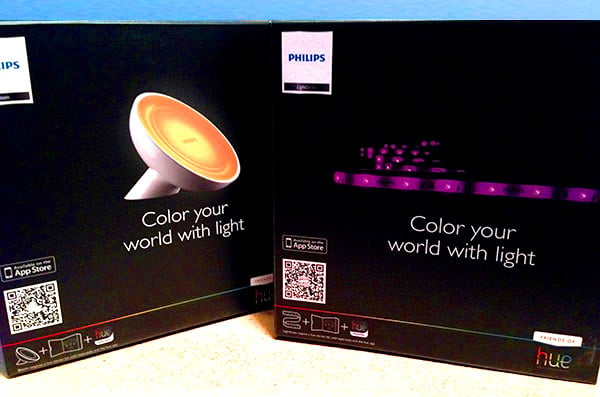 I first cracked open the Hue Lightstrips, which allow you to add colorful accent lighting under furniture, on top of shelves or in other locations where you can conceal a strip of lights. Each Lightstrip is a 2-meter-long (~6.56 feet) bendy strip covered with LEDs about every 1-1/2 inches. The strip itself is covered with a flexible, optically transparent cover to protect the delicate LEDs and circuitry. 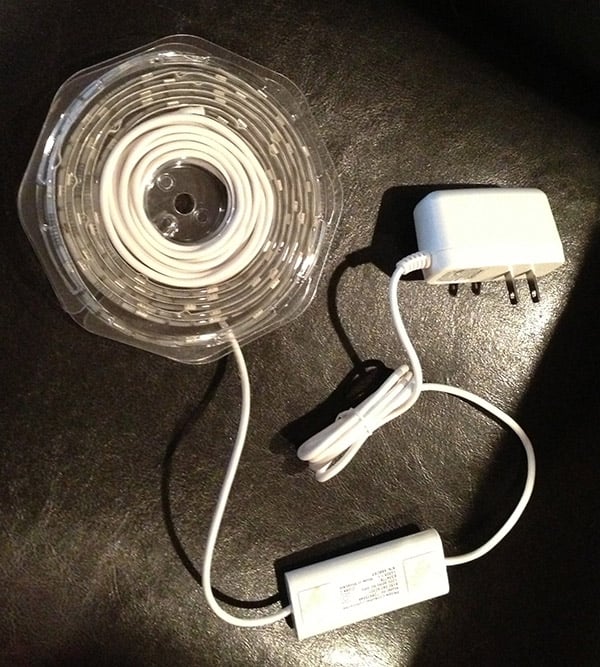 Each strip is connected to a cord which has a small wireless receiver pack and a small power adapter on the end. The strips can be cut at pre-marked locations about every 4 inches, but there’s no way to reconnect sections once cut, so you need to be careful to only trim off sections of LEDs you don’t ever plan to use again. Once you pick a location to install your Lightstrips, you can stick them in place using the sticky 3M adhesive on the back of the strip, or for less permanent installations, you can just lay the Lightstrip in place, and use cord clips to hold it in position. 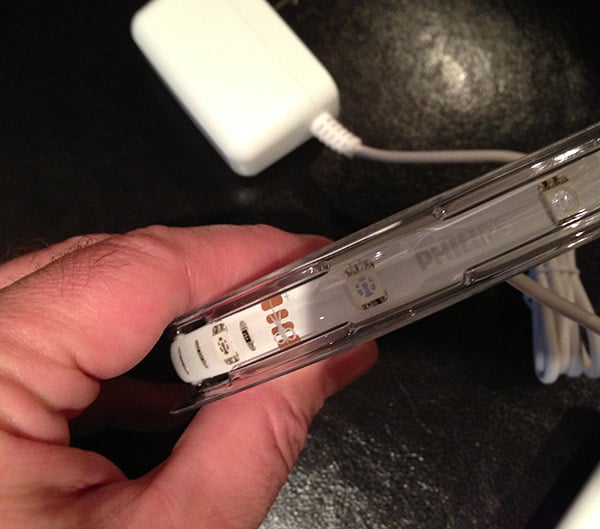 One thing to keep in mind is that the Lightstrips are best used in straight lines or very large curves. It’s basically impossible to bend them into sharp angles, so if you want to achieve that sort of effect, you’ll need to buy multiple Lightstrips and cut them to length. I’m hoping that down the road Philips offers some sort of angle connectors so you can splice cut segments to each other. 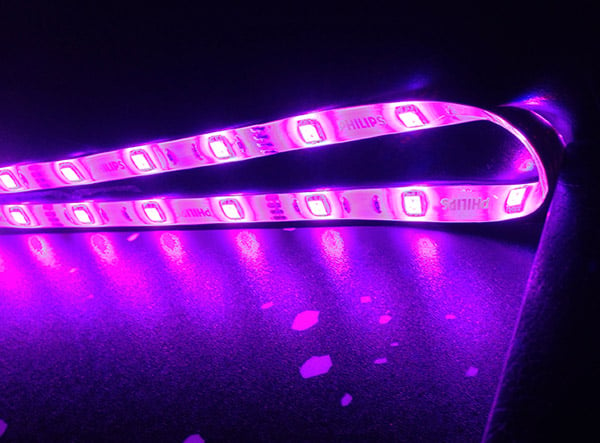 The strip itself produces bright and saturated accent colors, though it can’t really achieve the pastels and whites of Hue light bulbs. That’s just fine by me, since these are really meant to be accent lights. Each LED can produce a range of 16 million colors and is quite bright. 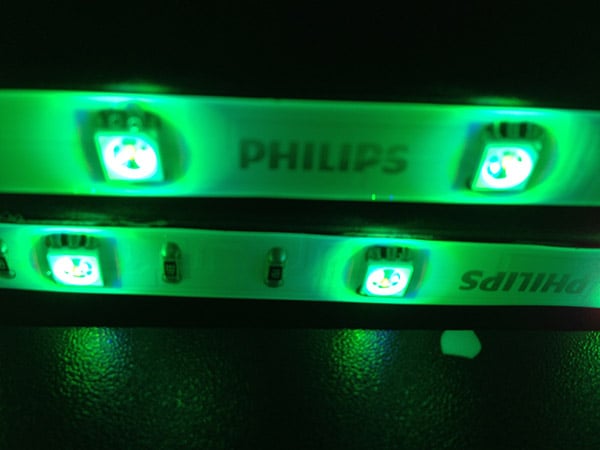 Once plugged in, the Lightstrips work like any other Hue bulb. They can be easily paired with the base station using the Hue app, and also worked brilliantly with the LivingColors remote I have from an older Philips lamp I have in my room. Of course, it’s also compatible with the Hue API and 3rd party Hue apps too. Hue also works with IFTTT recipes, so you can do things like trigger your lights to change colors when you receive an email from a specific person, or based on the weather forecast.

In my case, I ended up installing the Lightstrips under the front lip of my custom arcade cabinet, adding bright and colorful illumination to the artwork on the base of the cabinet. I suppose if I had more strips, I would have put underside lighting on my couch, but a single Lightstrip wasn’t enough for my sectional. 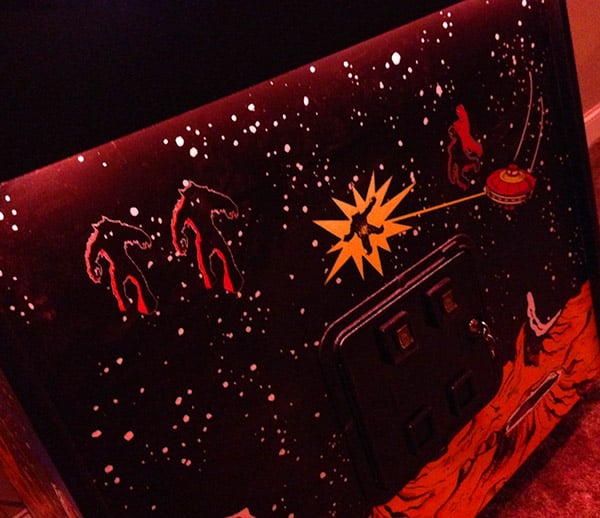 Next up is the Bloom lamp. This lamp has actually been around for a little while as a LivingColors product, but is now being sold as a member of the Hue family, so it works out of the box with the Hue bridge and apps with no fiddling about. It’s also about $10 cheaper, since there’s no LivingColors remote included with the Hue version. The 120-lumen Hue Bloom is a 16 million color RGB accent light, delivering punchy colors, and is great as a wall wash lamp. 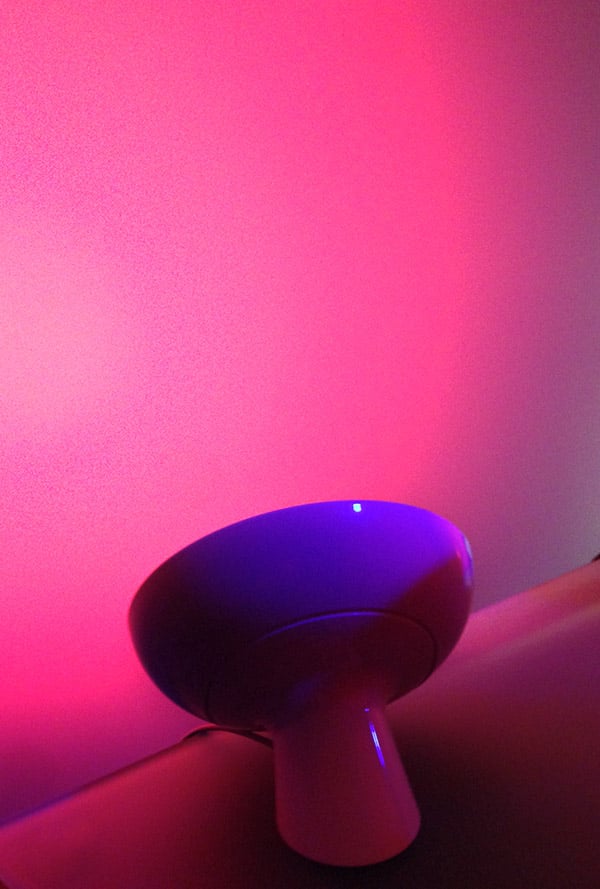 It was hard to tell, but the lamp appears to be made from metal, so it’s substantial for its size. This little 4-inch diameter lamp is bright enough to splash colors which can be seen clearly from the back of my 30-foot-long basement media room. 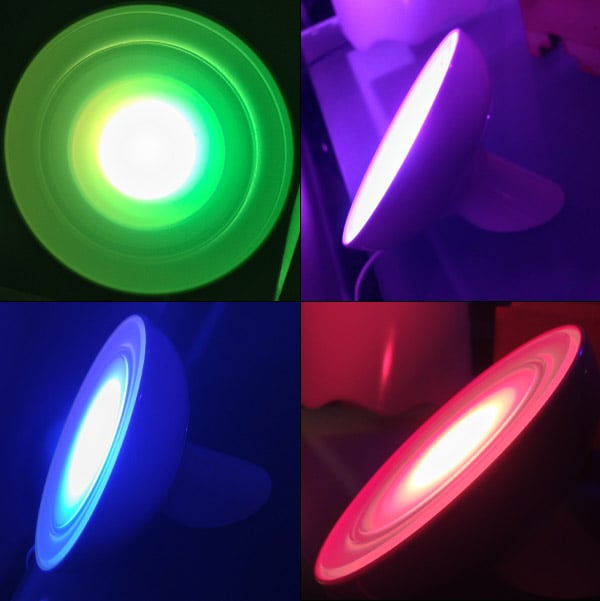 I placed the lamp behind one of my media towers, but it would also work great behind a television to increase perceived contrast, or just to make it look cool, like I’m doing with my older LivingColors Gen. 2 lamp.

Here are a few pics of my room, with all of my Hue lamps in action: 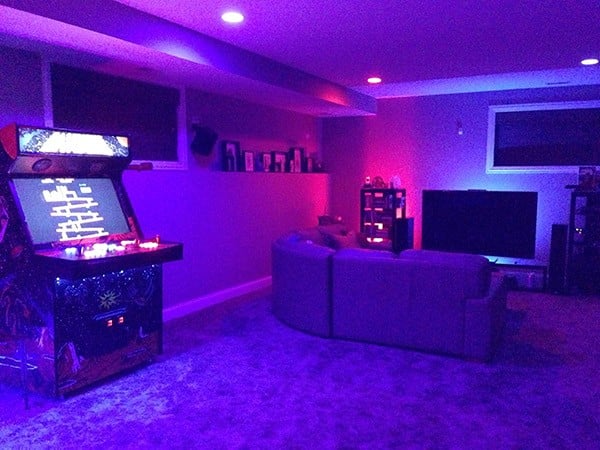 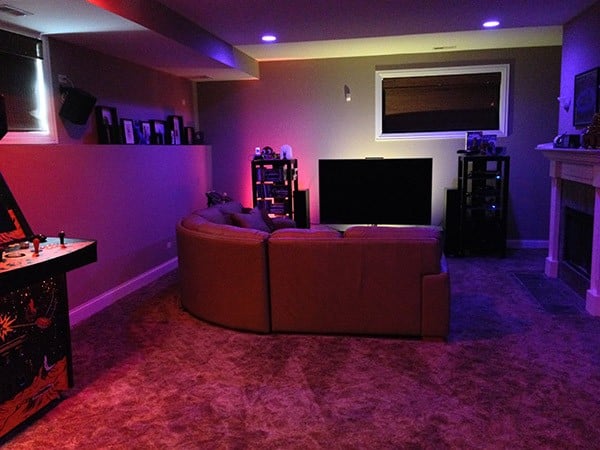 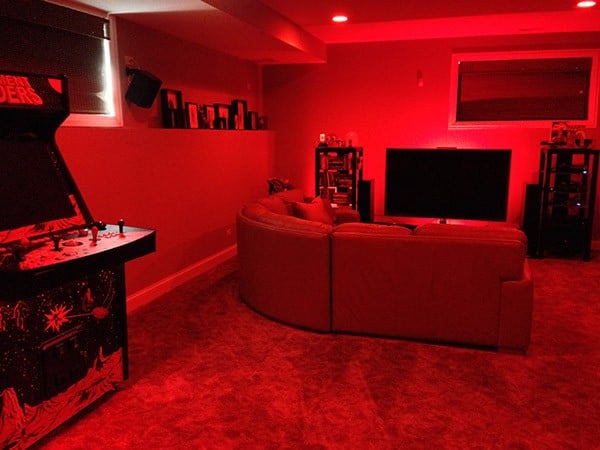 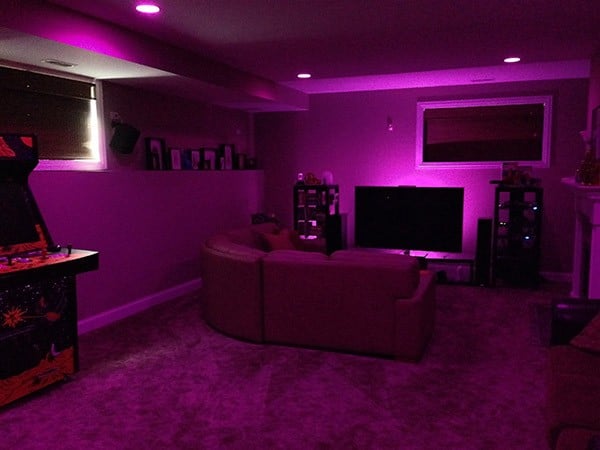 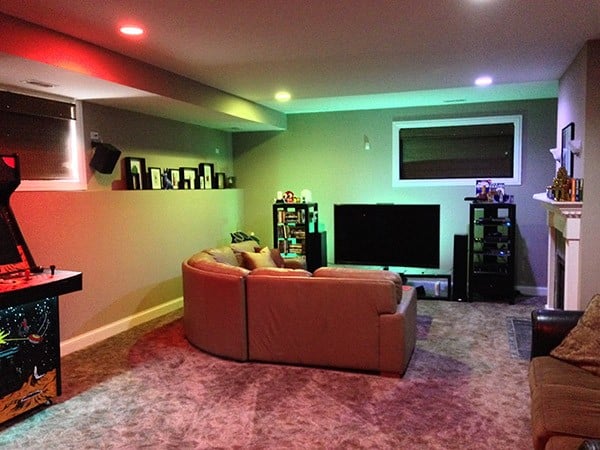 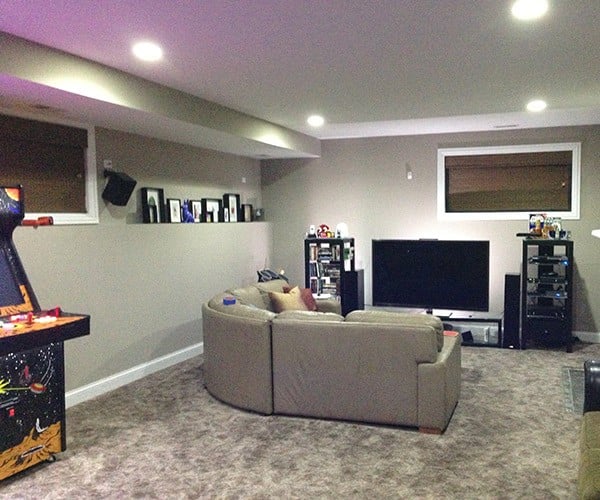 Overall, I’m impressed with everything about the Hue ecosystem, and am happy that Philips is starting to add new lamps to the series. Lightstrips can really add colorful accent lighting behind pictures, under sofas, and under cabinets – though their inability to be bent at sharp angles is a little limiting.

The complete Hue lineup is available from Apple Store locations. Lightstrips sell for $89.95(USD), and the Bloom lamp sells for $79.95. Keep in mind that all Hue products require the Hue bridge, which is only available in the $199.95 Hue starter kit, which also include three Hue bulbs.

Disclosure: Philips provided the products for review in this article. However, all reviews are the unbiased views of our editorial staff, and we will only recommend products or services we have used personally, and believe will be good for our readers.