Game of Thrones Map Puzzle: Set Down Our Deeds

Replicate the opening credits of HBO’s Game of Thrones with this multilayered puzzle map of Westeros. Aside from the flat map of the war-torn continent, the kit also includes tiny replicas of cities and castles, plus a few other figurines. Make sure to hum the opening theme while you’re putting it together. 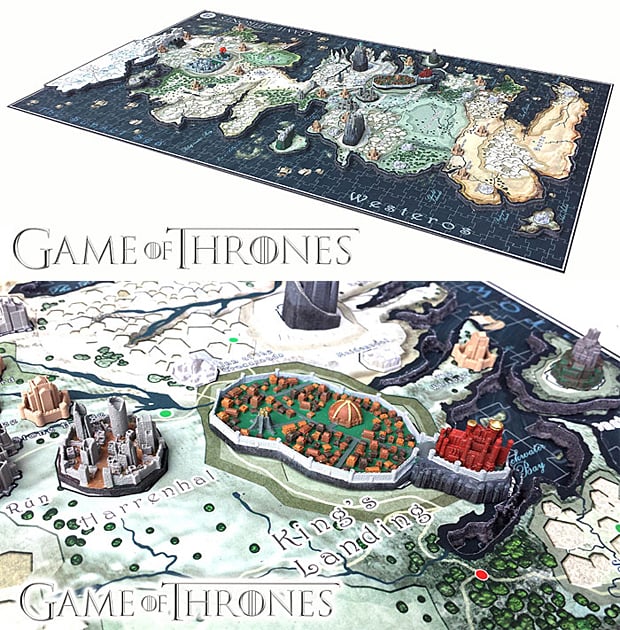 The map was made by 4D Cityscape, a company known for two things: building puzzle maps of cities and misunderstanding the concept of the 4th dimension. This definitively 3-dimensional continent puzzle is made of 1,200 pieces. Then there’s a smaller 200-piece puzzle that sits on top of the continent puzzle that outlines the “current landscape” of Westeros. I assume that refers to the layout of the land based on the TV series so far. The final layer consists of the aforementioned figurines of cities and castles. There are also “over 45 flags to mark famous landmarks, 10 sigils to mark the Houses, and 5 battle markers to learn the locations of five major battles.”

You can pre-order the puzzle map from ThinkGeek for $60 (USD), and you’ll have it in plenty of time as a gift for that Game of Thrones fan on your holiday shopping list.

[via This is Why I’m Broke]