Those of you in the market for a new iPad, Apple just made your day, announcing new and improved versions of both of their major tablets. The full-size iPad, got a boost in speed, camera quality and slimmed down at the same time. It also got a new name, the iPad Air. 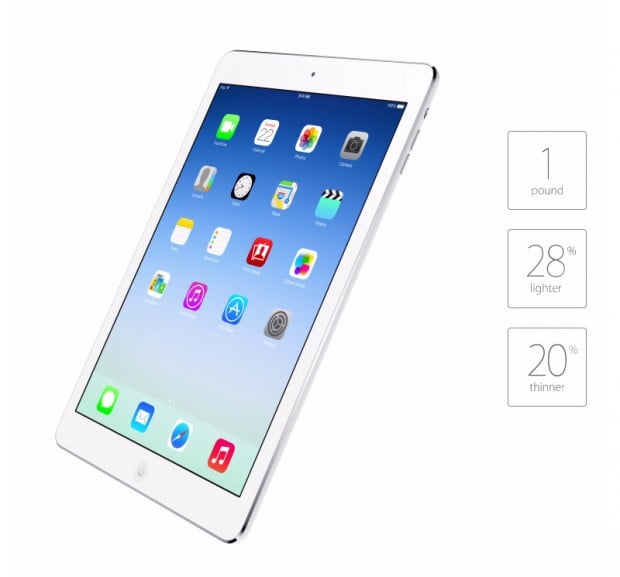 The first thing you’ll notice about the new iPad is how much thinner it is than the last generation. The iPad Air measures just 7.5mm vs 9.4mm – 20% thinner. 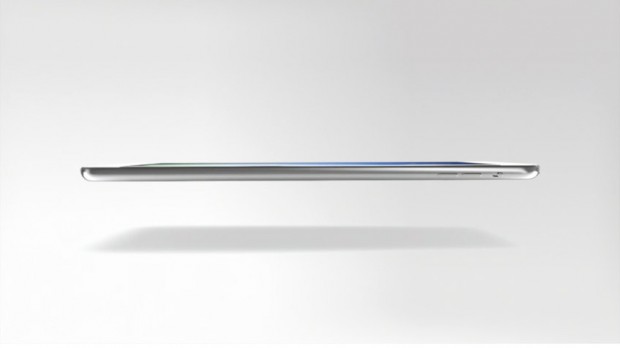 But the biggest difference is how much lighter it is, weighing just 1 pound, vs. 1.4 pounds for the last model.

The new model still has a 9.7″ Retina 2048×1536 resolution screen, but the bezel width has been substantially decreased, measuring 43% smaller than the last-gen iPad. The touchscreen also has a new touch-rejection algorithm that can detect when you’re accidentally touching the edge of the screen from the slimmed-down bezel, or if you really are interacting with the screen. 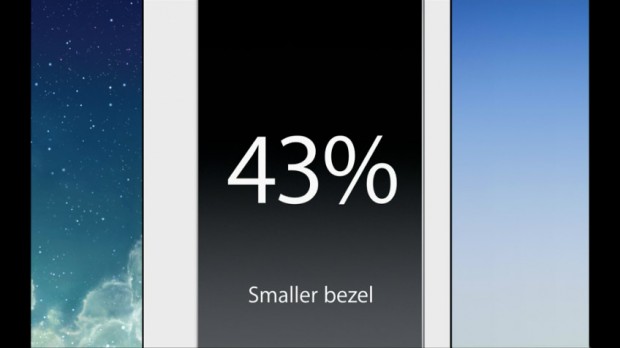 In addition, the iPad Air sports the fast 64-bit A7 processor found in the iPhone 5S. It also comes with the same M7 motion processor. It’s also got MIMO antenna technology for improved wireless throughput. Part of slimming down the iPad Air meant a smaller, lighter battery, but Apple still claims the device can run for 10 hours on a charge. Keep in mind that the current gen’s battery has 42.5 watt-hours, while the iPad Air’s battery is 32.4 watt-hours. Only time will tell if the faster and more efficient hardware of the new model will get shorter run time off of a much smaller battery. 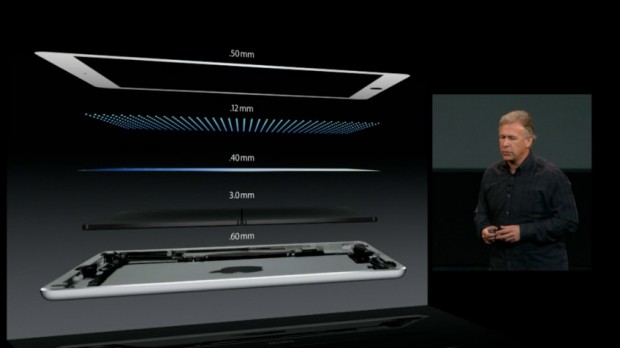 The iPad Air has also got a shiny new 5-megapixel iSight camera with 1080p video support, improved backside illumination, and a new FaceTime HD camera with larger pixels for improved video quality. Also, it’s the first time the iPad comes with dual microphones. All iPad Airs come with iOS7 and a huge number of pre-installed apps, as well as iMovie, iPhone, GarageBand, Keynote, Numbers and Pages – for free. 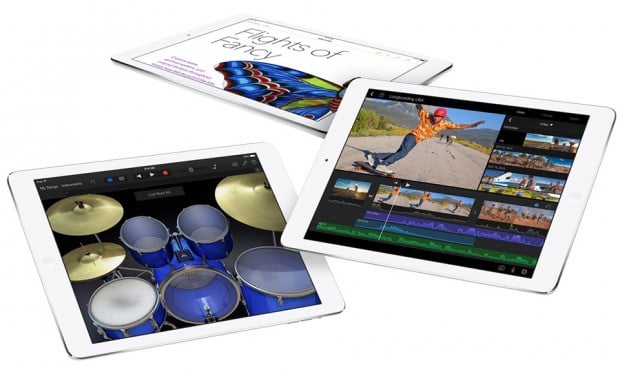 Like the iPhone 5S, you can get the new iPad 5 in Silver and White or Space Grey and Black. Unfortunately, there’s no gold version – at least not yet. 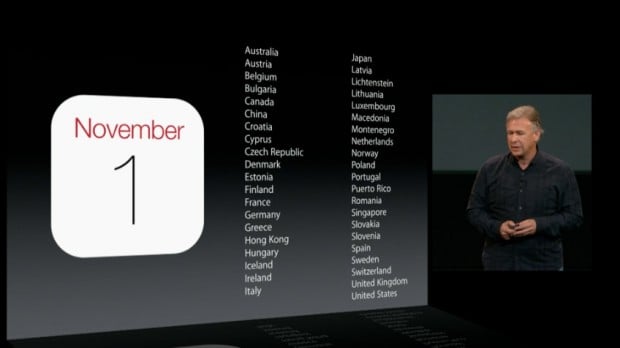 The iPad Air will be available for ordering in the U.S., Europe, China, and Japan, among other countries on November 1 from the Apple Store.