One of the truths about being married is that some days you want to choke your loving spouse. Not kill them mind you, just leave them unconscious on the floor where the dog can chew her hair into a matted mess, not that I have considered that. Not too long ago my wife sold my Star Wars wampa rug without me knowing it, and then spent the money. That’s grounds for divorce in some states. 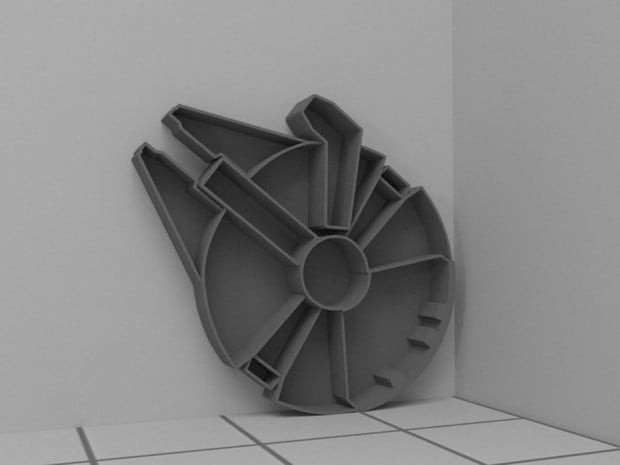 I’ve been thinking of what she could do to make it up to me and this Millennium Falcon Bookcase on Etsy is the ticket. The Falcon bookcase comes from Whittled in Wood, the same artist that made the AT-AT bookcase that we talked about before. All the little compartments inside the bookcase can hold your books and other Star Wars junk you collect, at least until your spouse sells it off while you’re out of the house.

It’s made from plywood and birch with lots of wood screws and dowel rods. Unfortunately, it’s not cheap at $915(USD), but it is awesome. For that price, you still have to paint it yourself, as it comes in unfinished wood. Plus, there’s the $175 or so in shipping charges on top of that. But I figure that’s more than a reasonable trade for disposing of my $100 wampa rug.