My Little Pony Guitar is a Twilight Sparklecaster

Get that Brony band back together because it is time to rock the Pony Kingdom. This custom electric guitar by Vladislav is pretty and pretty awesome, and it’s all decked out in a Twilight Sparkle theme. 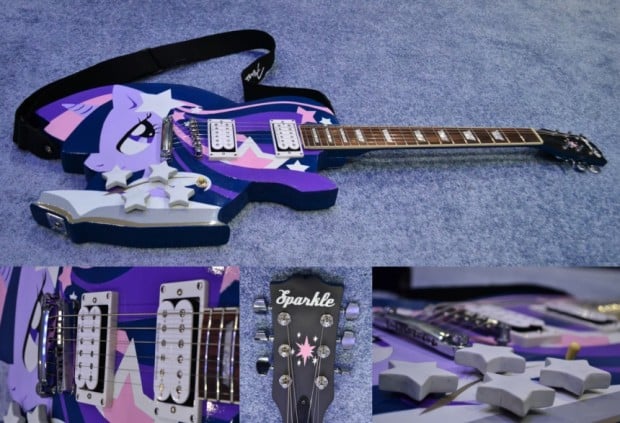 It’s made of alder, mahogany and rosewood. It even has star-shaped controls that are made to look like Twilight’s cutie mark. This guitar was made for a Russian Brony Convention called “Filly Feathers Festival.” Yes, that is a thing.

This is probably the best My Little Pony guitar ever made. The creator did an amazing job on the detail. Now if Ponies could just use a pick with their hooves, we could have a proper pony concert.