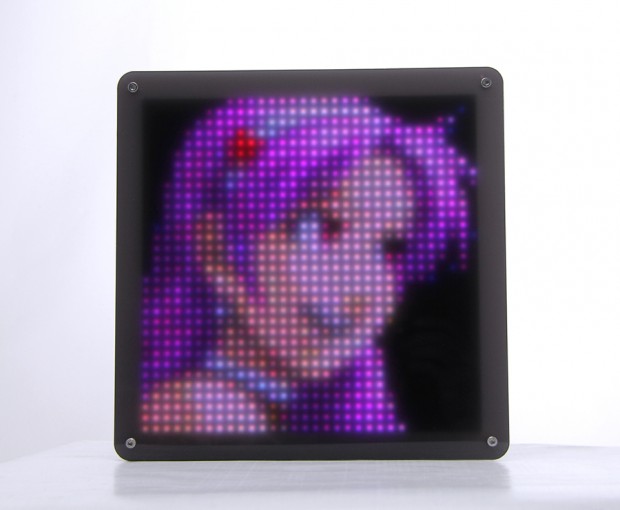 Like the original display, PIXEL V2 has 1024 LEDs arranged in a 32×32 matrix. After all, it’s designed to display low-res images and animations so increasing the displays resolution wasn’t necessary. What makes PIXEL V2 much better than its predecessor is that it’s more versatile and customizable, both in terms of software and hardware. For starters, you can now control it with an OS X computer and a Raspberry Pi via USB, in addition to the Android and Windows USB and Bluetooth connectivity that was also present in the original. Unfortunately, it still has no support for iOS though. 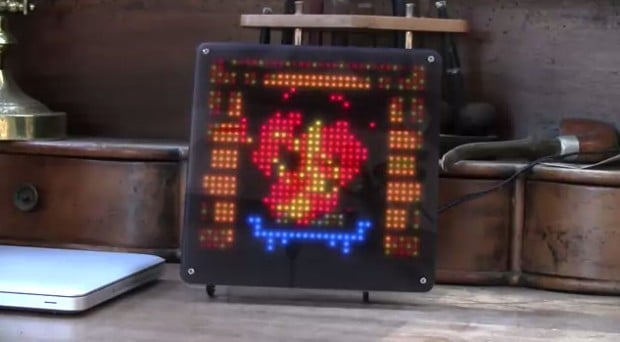 Aside from directly sending images to the display via a PC or an Android device, you can also store images on PIXEL V2’s onboard SD card in stand alone mode, after which it will keep displaying images and even animated gifs even if it’s not connected to any computer or mobile device. Another neat feature of PIXEL V2  are its mixed media overlays. As shown in the image below, the overlays allow you to display a drawing on top of the LED display. 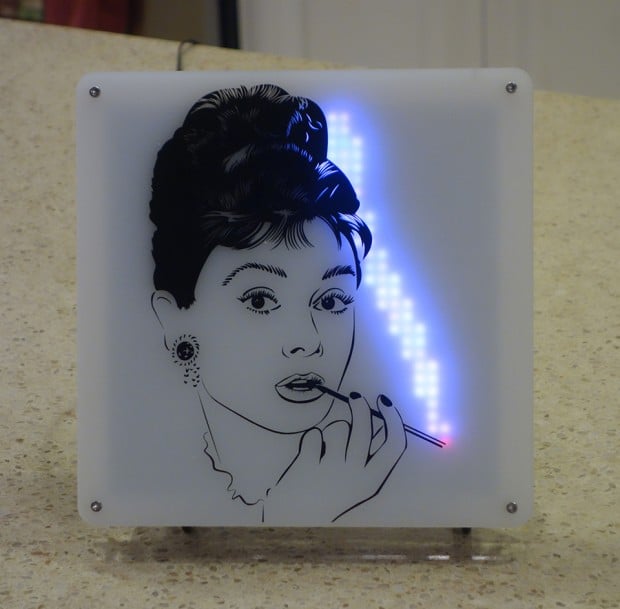 PIXEL V2 comes with over 150 samples of pixel art, but as always you can send other images to the display. As shown in the video below, you can even make apps for PIXEL V2. Turn it into a message board, make it display the weather and more. It also has five sensor inputs and optional alcohol and proximity sensors for even more creative applications, although these sensors require an Android device to work.

Pledge at least $260 (USD) on Kickstarter to get a fully assembled PIXEL V2 display. Unassembled kits and partial parts are also available at lower pledges.