Dragons are a staple of fiction and are found in books, video games, and movies. The fire-breathing dragon is something that never existed as a real animal, but you can have your very own flying dragon.

After seeing Rick Hamel’s amazing remote-controlled dragon, Hammacher Schlemmer is now offering it for you to purchase. 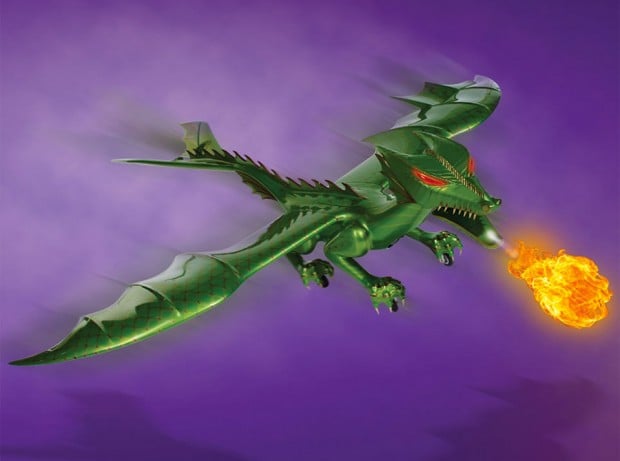 This dragon can do more than fly, it can shoot 3-foot flames out of its mouth. That can’t be legal. The flying dragon has a 9-foot wingspan and can fly at up to 70 mph. Power comes from a tiny turbine engine and the dragon is controlled by a 2.4GHz radio. The flame that shoots from its mouth is made using a propane tank. At least the propane tank can’t shoot flames while the dragon is flying. The flames are only for the ground.

I can only imagine the fiery explosion that will result from a high-speed crash of this thing. If you have $60,000 lying around, the flying, flame-breathing dragon can be yours.