The Full McBain Mini-movie Cobbled Together from Old Simpsons Episodes

You remember McBain, the muscle-bound cop played by Rainier Wolfcastle, who is basically inspired by Arnold Schwarzenegger in similar roles. He was a recurring character in early episodes of The Simpsons and makes the occasional appearance in the series and its video games since then. 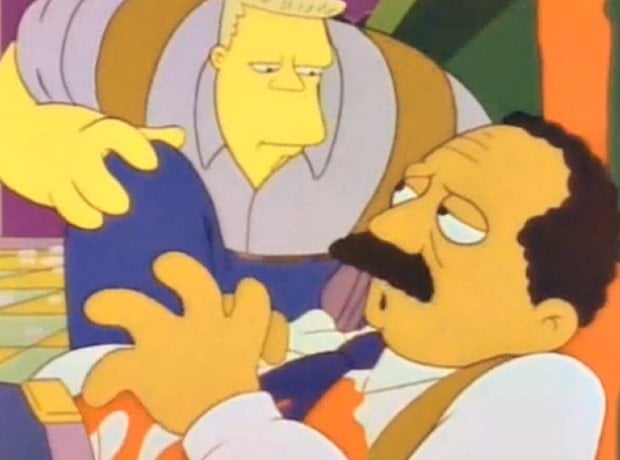 Well, you may have noticed that if you take some of those early appearances and edit them all together, you have an actual movie. The writers took several of those clips and created a McBain mini-movie with parodies from all kinds of action movies like Lethal Weapon and Die Hard for instance.