Once a cool and thoughtful expression of affection, the mixtape  – along with handwritten letters and photo albums – has become a mere inconvenience. But what if you could update its concept? What if you could still pass on a physical token, but instead of that token being an actual storage device, it linked to the content you wanted to share, which you stored or found online? That’s the idea behind Qleek. 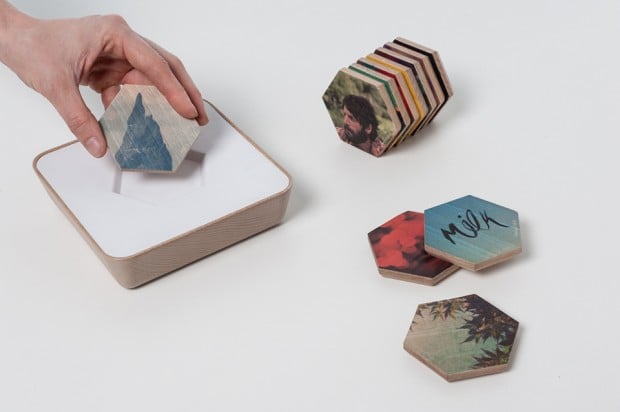 Qleek is a media-sharing system. It has a media player with an HDMI input, a 3.5mm audio input and Bluetooth connectivity. What makes it stand out is how it accesses media. Qleek uses Tapps, which are hexagonal wooden pucks with NFC tags inside.

You can save and overwrite links on a Tapp using the media player plus a mobile app. The link can come from a variety of online sources: YouTube, Spotify, Instagram, Dropbox and more.

Because a Tapp doesn’t actually contain your media, you can easily edit and replace the media that it represents. For instance, your boyfriend can hold on for years to just one Tapp, and every so often you can surprise him by updating the music playlist that it links to. 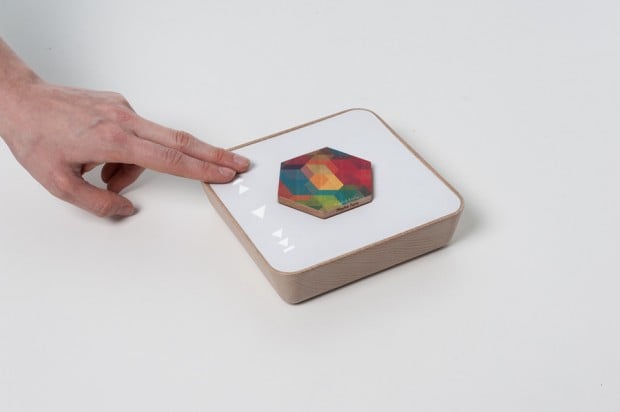 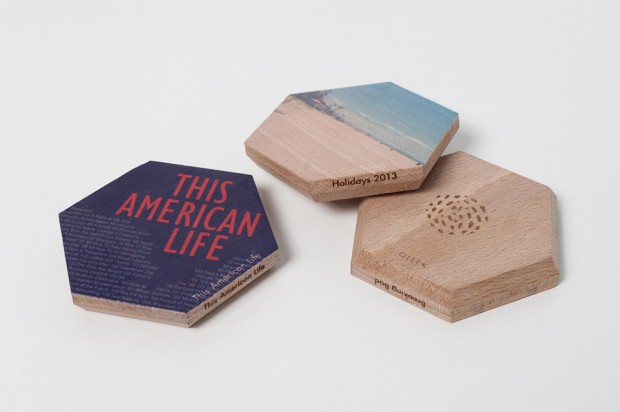 Each Qleek media player will come with three Tapps, which as I said are rewritable. You’ll also be able to order a custom printed Tapp on Qleek’s website, though that’s most likely going to cost you extra. Or just doodle or write on the puck yourself, just like in the old days. 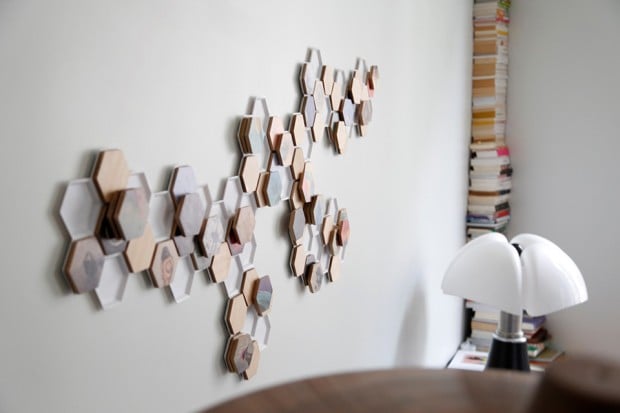 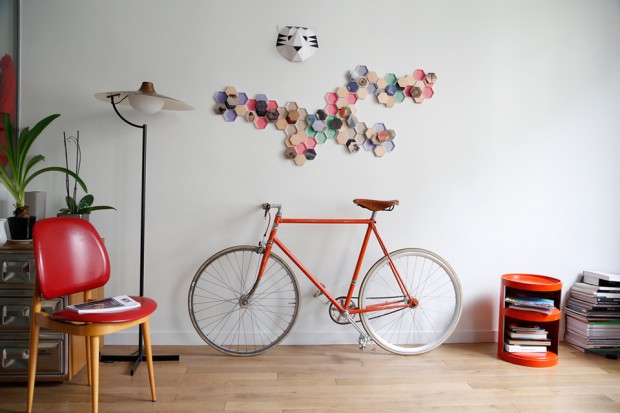 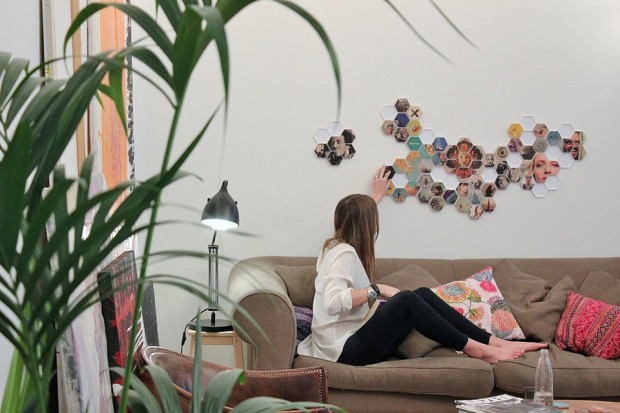 As you can see, Qleek takes advantage of online services while still giving you a physical token to share, cherish and collect. Qleek will even launch with a modular magnetic wall mount to store and display Tapps.

Pledge at least $199 (USD) on Indiegogo to get a Qleek media player plus 5 Tapps. I’m not too keen on Qleek’s hardware. The media player is a bit bland and pretentious, like it was made to be a prop for Her. The Tapp itself is also awkward. Why didn’t they give it a more practical size and shape? But the motivation behind it is sincere, and for that I hope it succeeds. I also hope someone else comes up with a similar product that doesn’t involve coasters and bowls.