iPhone 6 and iPhone 6 Plus Price, Release Date and Specs Announced 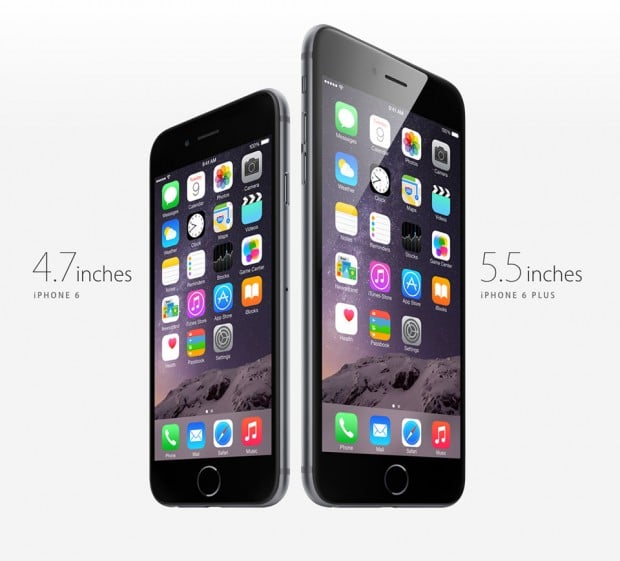 Built from aluminum and glass, with a seamless transition from the case to the curvature of the glass, the production iPhone 6 looks significantly more refined than the pre-production leaks, fakes and mockups that have been floating around for a while. Though the camera lens does protrude slightly from the back in order to accomodate the improved camera. 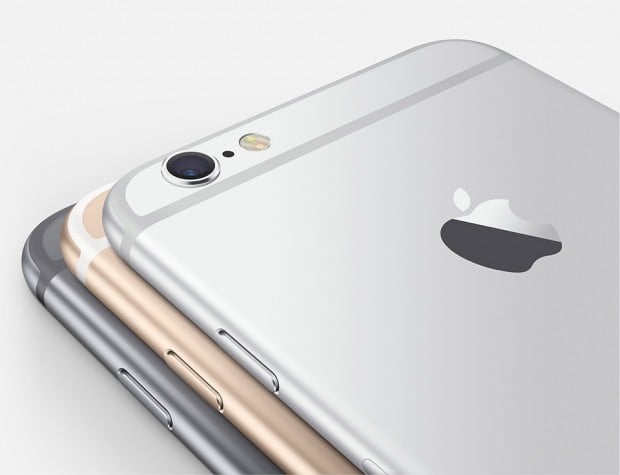 But there’s way more to the new phones than just what you see on the outside. For starters, the displays have significantly higher resolution screens, with the iPhone 6 sporting a 1334 x 750, 326ppi display, and the iPhone 6 Plus rocking a full 1080p 1920×1080 display at 401ppi. Existing apps will dynamically scale even if not adapted yet to new screen sizes. 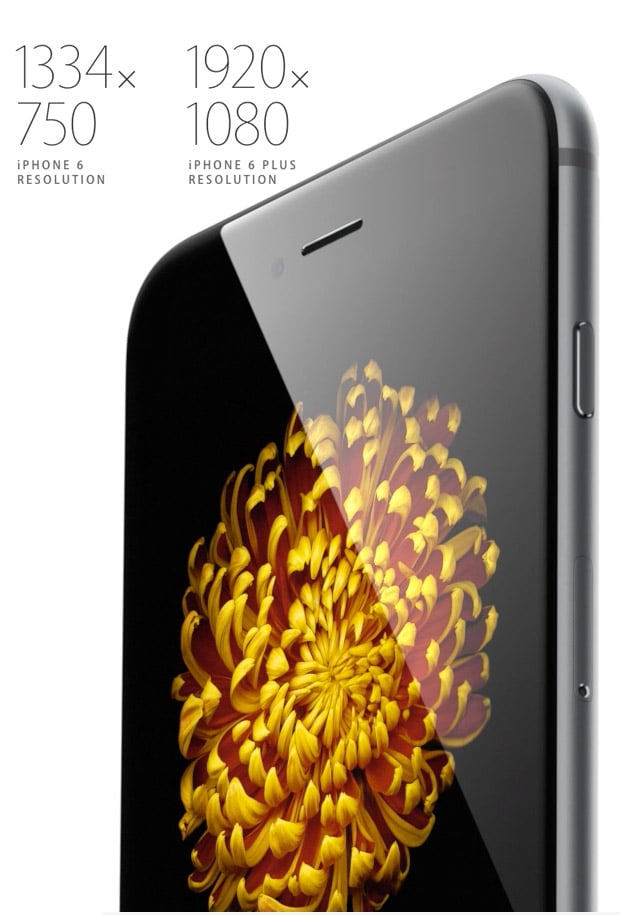 Both displays sit behind a layer of “ion-strengthened” glass for protection, while their IPS LCDs have thinner backlights, improved contrast and a wider viewing angle. With its large 5.5″ display, the iPhone 6 Plus will also support iPad-like capabilities in landscape mode, for instance the Mail app provides a dual-pane mode.

Oh, and in case you’re wondering just how much bigger the new phones are, check out the image below: 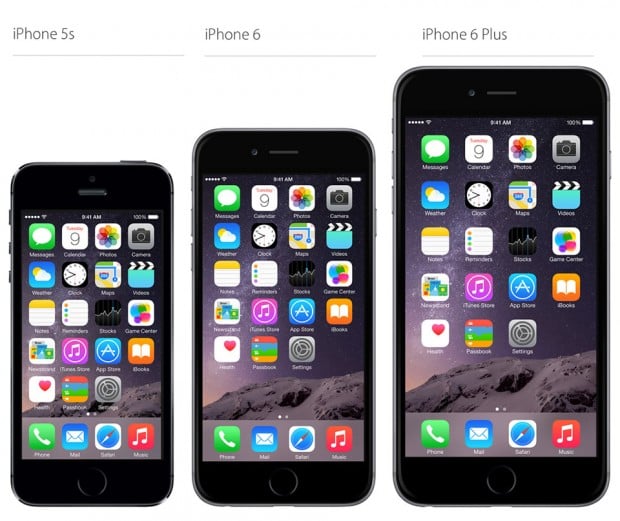 Apple also acknowledged the increased size of the displays may make one-handed use tricky, so they’ve added a new gesture, called “reachability”, a quick double-touch of the home button which slides the top of the screen down so you can reach it more easily. They also moved the Sleep/Wake button to the right side of the screen for easier usage. 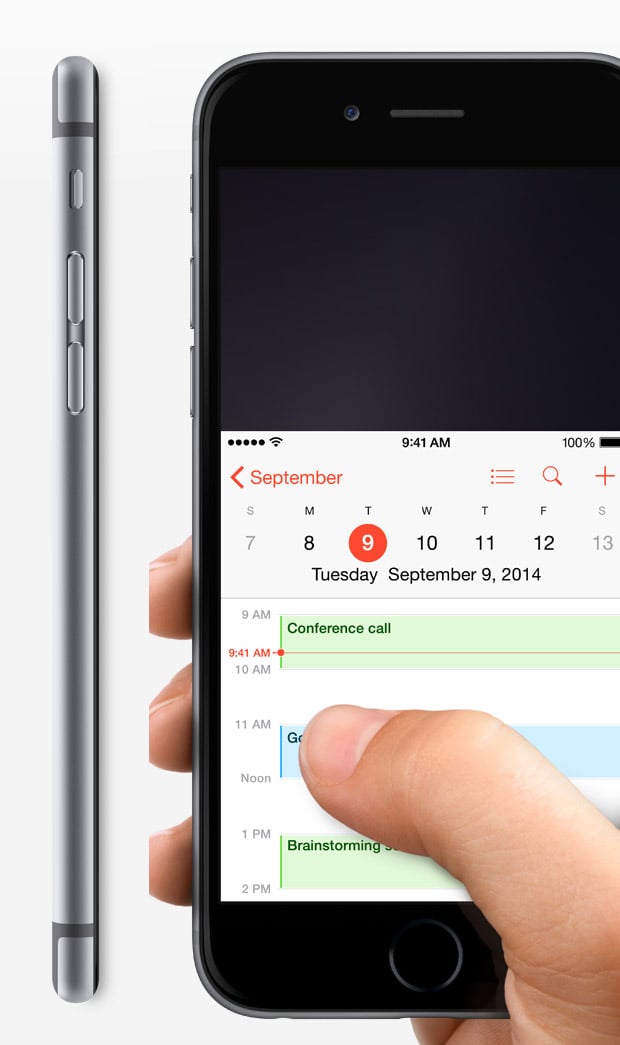 Under the hood of both iPhone 6 models is the 64-bit A8 CPU, which runs about 25% faster than the A7, with up to 50% faster graphic performance. A smaller processor die size means that the CPU can run at greater sustained levels of performance without generating as much heat. Plus, an updated M8 motion processor can now estimate distances and elevation changes thanks to a barometric sensor. 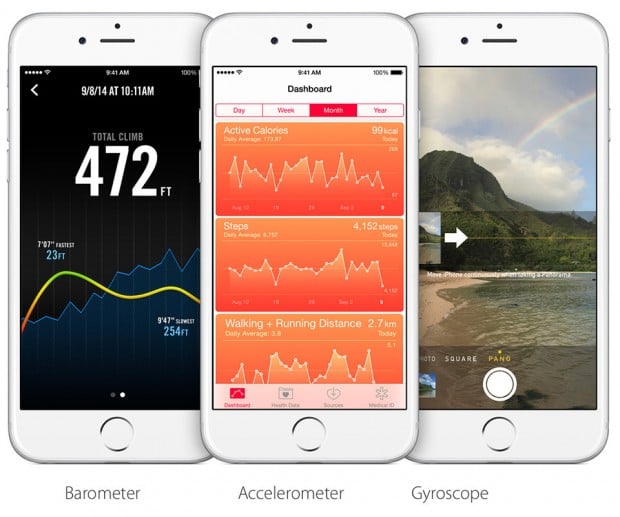 The phones also have a faster LTE chip, which can support speeds up to 150mbps, has greater carrier support, and voice-over-LTE for improved call quality and the ability to take phone calls while connected to the Internet. Both models support the faster 802.11ac Wi-Fi spec, offering speeds up to 3x faster than 802.11n.

A new and improved camera captures 8 megapixel images with larger pixels, an f/2.2 aperture and Apple’s TrueTone flash. A technology called “focus pixels” provides faster autofocus, and the camera has improved noise reduction. Video can be captured at full 1080p resolution at either 30 or 60 frames per second, and also offers 120 or 240fps modes for slow motion videos (likely at a lower resolution). Plus, iOS 8 now offers native support for time-lapse video.

Panoramic images can now be up to 43 megapixels, and stitching has been improved thanks to a better gyroscope. One nice surprise is that the iPhone 6 Plus offers optical image stabilization, which should dramatically improve stability for both still and moving images – though the iPhone 6 still has digital stabilization. 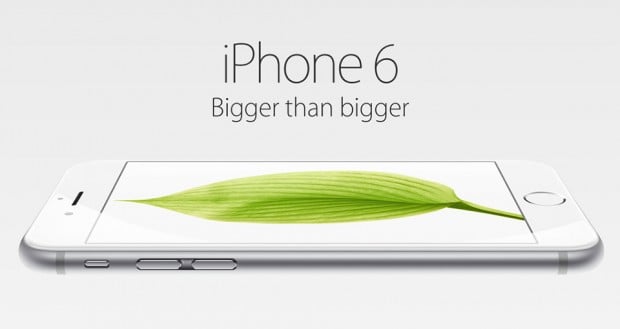 With all of these new features, you’d expect battery life to be worse, but both the iPhone 6 and 6 Plus have improved battery life over the iPhone 5S, with the 6 Plus taking advantage of its larger form factor to squeeze in an even bigger battery. 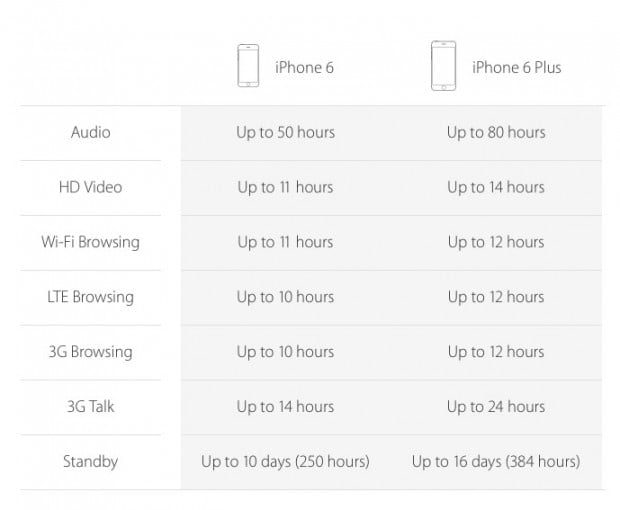 Last but not least the new iPhones will support Apple’s new payment ecosystem, dubbed “Apple Pay.” This new system uses an NFC chip for quick and easy payments. But thanks to the inclusion of Touch ID and a special “Secure Element” chip, offers greater security than other payment methods. The Secure Element chip stores encrypted payment information inside the phone, but doesn’t actually store credit card information. Instead, it generates unique, one-time use tokens and card security codes. If you lose your phone, you can disable payments using Find My iPhone, and you don’t need to cancel your credit cards. Woot. Yes, in theory, this is all way more secure than a traditional credit card.

You can add the credit card stored with iTunes with just a touch, or you can upload additional credit cards by simply snapping a photo of them and going through a brief bank verification process. Once added, they’re available directly in Passbook. 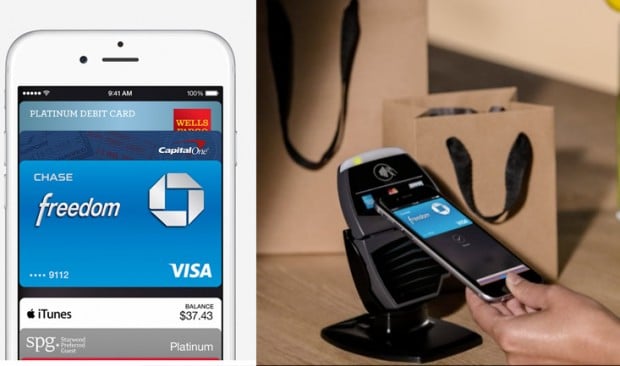 Apple Pay will launch in October 2014 as an update to iOS 8. The service will start in the U.S. with support from Amex, MasterCard and Visa, along with six biggest U.S. banks.

There are already 220,000 U.S. merchant locations with NFC support, and Apple is working to add major retailers, such as McDonalds, Subway, Whole Foods, Walgreens, Target, Macy’s and Apple Stores. You’ll also be able to use Apple Pay within apps such as Uber, Groupon, and to even pay for meals with OpenTable.