Another Day, Another Phone-Based VR Goggle; This Time It’s Only $30

We’re all anxiously awaiting plug-and-play, consumer-grade virtual reality. We can’t wait to see the final version of the Oculus Rift, and try that other VR goggle that beams light directly into the user’s eyes, just like the real world does. In the mean time, people are making do by turning their phones into crude VR goggles with weird enclosures and Google’s amusing cardboard kit. The problem is that the result is either a little too expensive, or a little too cardboard, for most people. 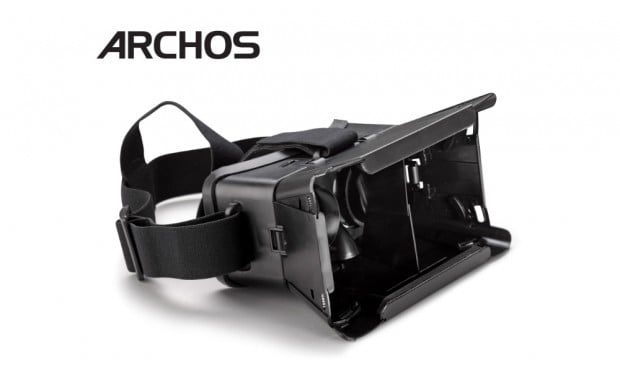 This is neither. At $29.99, the Archos VR system turns just about any smartphone into a VR system. The makers say that a 5″ HD display backed up by a quad-core processor is best, but other sizes up to 6″ and processors will work too. Expect to see it on sale in November. It’s not just a sad, unsupported piece of hardware either, Archos is dropping with over 100 virtual reality apps that range from games to simulated movie theaters. A follow-up bluetooth game controller is also coming at a later date.