Humble Mo-BOO!-ile Bundle for Android in Time for Halloween

You know how it is, each Halloween spooky themed stuff starts to show up on TV and in theaters. It’s no different in the game business and to celebrate Halloween, the Humble Mobile Bundle has been branded the Humble MoBOO!ile Bundle and packed with spooky games. 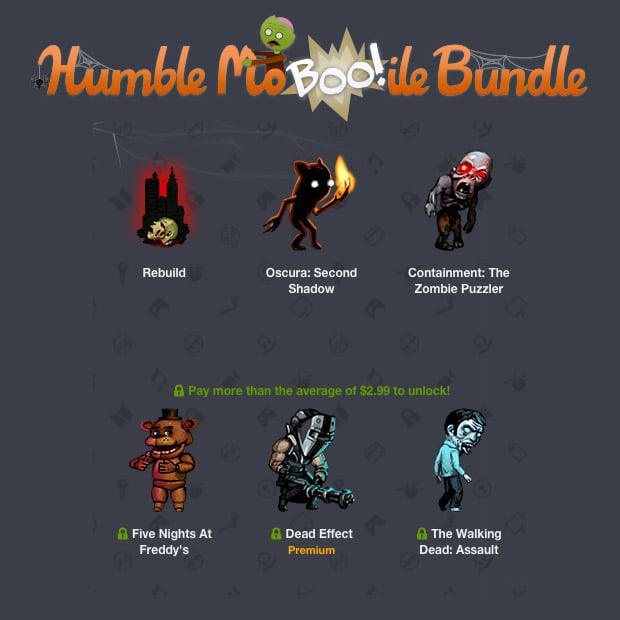 The bundle will get you Android versions of some cool mobile games with no DRM at a bargain price with proceeds going to charity. The games include Rebuild, Oscura: Second Shadow, and Containment: The Zombie Puzzler, no matter how much you spend.

If you drop more than the average purchase price, which is just $2.99 right now, you get three more games. Those games include Five Nights at Freddy’s, Dead Effect Premium, and The Walking Dead: Assault. A free game called The Spookening is also included and the folks behind the bundle say more free games are coming this week.