Deadpool Clock Keeps You on Time for Pancake Breakfasts

I’m a big fan of Marvel movies, even if I am unfamiliar with the comic book origins of the franchise. Take Deadpool for instance – all I know of him is what I saw in the X-Men Origins: Wolverine flick. I know he is damn good with a sword and likes to make obnoxious jokes. 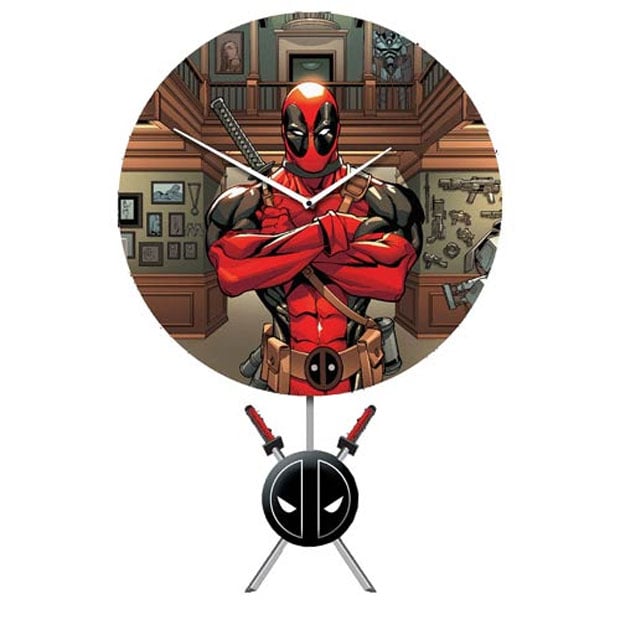 If you are a Deadpool fan, check out the Deadpool clock complete with a pendulum that has two swords and a Deadpool style mask painted on it. The one thing I am surprised the clock lacks is Katana swords for the hands.

The clock has no numbers, so be prepared to stare at it for a second trying to figure out what time it is. The clock sells for $29.99(USD) and is available for pre-order from Entertainment Earth.