She may not look like much, but she’s got folds where they count. This little adorable Millennium Falcon was made by Adamite85, an origami artist in the Czech Republic. 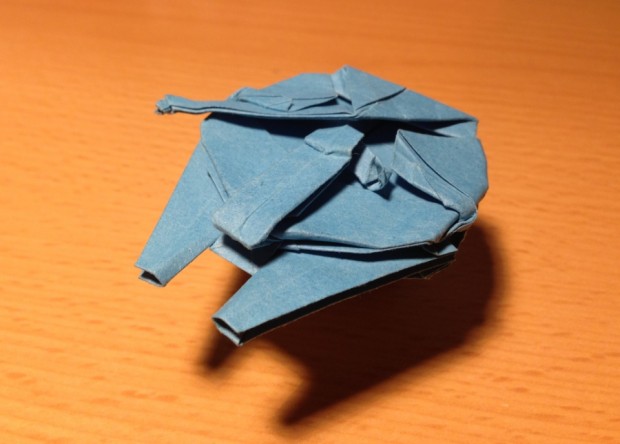 I have no doubt that this simple, yet very accurate model of the Millennium Falcon could make the Kessel Run in less than 12 parsecs. And since it is origami, it probably folds space rather than going into hyperspace. That doesn’t really make it any faster though. It is an elegant vessel from a more civilized age.

I love how he got all of the details, but it just looks cutely squished, like an AT-AT stepped on it. Great job Adamite85.